Johnny Depp’s Doctor Testifies About Actor’s Drug Use, Cutting Off His Part Of His Finger 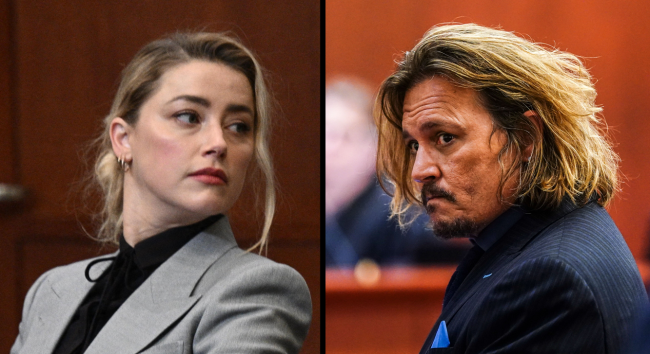 During Thursday’s court proceedings in the Johnny Depp vs. Amber Heard trial, Depp’s doctor Dr. David Kipper testified in a pre-recorded deposition about the actor’s drug use and the infamous incident where he cut off the tip of his finger.

Kipper stated that he was hired to help Depp detoxify after a history of substance abuse with alcohol, opiates, benzodiazepines and cocaine.

He claimed Depp fired him several times and would often fight with him over taking his medication.

Kipper also discussed numerous messages, many of them incoherent, that Depp would leave with him expressing his anger and frustration with his then-wife Amber Heard.

He also recounted several notes from nurses assisting Depp with his rehab that painted a picture of Depp often being angry – once punching a white board in the kitchen, bloodying his knuckles, and being “extremely agitated” on the set of one of his films, writing, “Patient kicked in the door of his trailer and refused to speak to director. Patient was verbally aggressive to another person on the set for no apparent reason.”

In March of 2015, Kipper went to Australia where Johnny Depp was filming the fourth Pirates of the Caribbean film to check on his progress.

It was then and there that he received another note from a nurse regarding a text she received from Depp stating “that he had been arguing with wife and he cut his finger.”

“Hi, f— man, had another one,” the text read. “I cannot live like this. She is as full of s–t as a Christmas goose, I’m done. NO MORE!!! The constant insults, demeaning, belittling, most heartbreaking [unintelligible] that is only released from a malicious, evil and vindictive c–t!!!!! But you know what? Far more hurtful than her venomous and degrading, endless educational ranting … is her hideously and purposefully hurtful tirades and her god damn shocking treatment of the man she was supposed to love above all.

“Her obsession with herself is far more important … she is SO F—ING AMBITIOUS. She’s so desperate for success and fame … that’s probably why I was acquired,” he continued. “Although she has HAMMERED me with that a sad old man has been I am … I’m so very sad … I cut the top of my middle finger off. What should I do? Except of course go to a hospital. I’m so embarrassed for jumping into anything with her … F— THE WORLD.”

Kipper then went to visit Depp.

“I saw Mr. Depp outside the house in his car. Part of his finger was missing. I don’t recall what he said, I remember he was very clear in speaking to me,” he testified.

If this all sounds like something we have heard before that is because this is the third time this incident has been played out in court.

The first time was in 2016 during Depp and Heard’s divorce proceedings, and then again in 2020 when Depp sued Heard for the same thing he is suing her for now, only in England.

In the most recent case, Johnny Depp’s estate manager Ben King testified that he found Depp’s severed fingertip in a rental home the couple were staying in back during that 2015 trip.

“I was told that Mr. Depp’s fingertip had been severed. Whilst cleaning up the broken glass and debris, I looked for the fingertip and found it on the floor of the bar area,” he said.

In 2016, it was reported that Depp accidentally cut off his fingertip in a fit of rage while drunk and high on ecstasy, then dipped it in dark blue paint and wrote on the wall in paint and blood the name “Billy Bob” – the name of the person [Billy Bob Thornton] Heard says he accused her of cheating on him with.

Thornton, who worked with Heard on the film London Fields, would later say the allegations were “completely false” and that he didn’t even have a friendship with the actress, they just worked together.