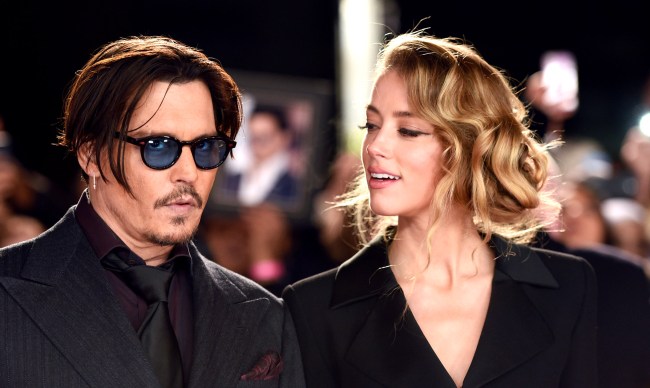 One would think that after spending millions of dollars, losing his job, becoming “radioactive” in Hollywood, getting cucked not once, but twice by judges, and being thoroughly embarassed in court, Johnny Depp would want to move on from dealing with his ex-wife of less than a year Amber Heard.

One would be wrong. Very, very wrong.

Despite the fact that he has now been embroiled in multiple lawsuits that have lasted longer than the actual marriage to Heard, Depp is still hard at it.

Way back in 2016, Heard was awarded $7 million in a divorce settlement from Depp. Part of the deal was that she would donate it all to the Children’s Hospital Los Angeles and American Civil Liberties Union, claiming she didn’t want the money.

Now, Depp’s lawyers, in an attempt to paint Heard in a bad light as they prepare for her $100 million countersuit against Depp, claim she hasn’t paid the charities and never intended to do so.

Turns out… they’re kind of right.

The ACLU has so far refused to cooperate with multiple subpoenas but documents produced by the hospital and seen exclusively by DailyMail.com suggest it only received $100,000 – way short of the promised $3.5m ‘gift’.

In fact, bosses at the renowned LA kids facility, which cares for sick youngsters regardless of health insurance or their ability to pay, became so concerned they wrote to Heard in June 2019 to ask ‘if the pledge will not be fulfilled.’

Depp’s lawyers believe the correspondence is the ‘smoking gun’ that proves Heard was lying when she boasted about the giveaway, not only in media interviews but in recent evidence she gave to a London court.

Heard’s attorney Elaine Bredehoft has since accused Depp of “planting” the story in the Daily Mail and Heard has only been “delayed” in making the promised donations.

“Mr. Depp’s effort to plant stories in the media criticizing Amber for not yet fulfilling all the donations she pledged to charity is yet another desperate attempt to divert attention from the UK Court’s findings relating to allegations of Mr. Depp committing domestic abuse and violence,” Bredehoft said in a statement.

“Amber has already been responsible for seven figures in donations to charitable causes and intends to continue to contribute and eventually fulfil her pledge.”

She continued, “However, Amber has been delayed in that goal because Mr. Depp filed a lawsuit against her, and consequently, she has been forced to spend millions of dollars defending Mr. Depp’s false accusations against her.”

Amber Heard, after a 4 year PR spasm, including assertions under oath in UK high court promoting her personal charitable donation of $7 million from divorce settlement proceeds to ACLU and a Children’s Hospital, fights like a tiger to hide that she didn’t. pic.twitter.com/YqjZK5l6Wc

Ms Heard will “Eventually fulfill her pledge” of donating the $7 million Mr Depp gave her. -Her lawyers

Is that the same thing as a 4 year media spasm of the $7m charitable donation?

Is that the same thing that was said in court under oath?

No, it is not the same thing. pic.twitter.com/5IUADsLVYi

Meanwhile, the petition to get Heard fired from Aquaman 2 is, as of this writing, up to a robust 1,791,617 signatures.

Depp and Heard’s cases are currently set to go to trial on May 3rd. Cannot wait!