Johnny Depp Is ‘Radioactive’ To Hollywood, Details New Report, Thanks To His ‘Self-Made Implosion’ 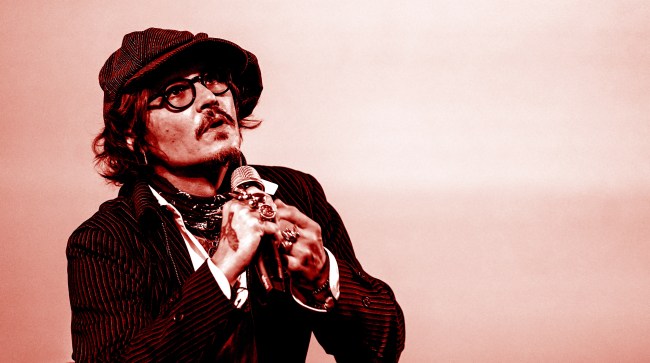 That’s okay though. He’s still quite busy what with bugging a court of appeals trying order to overturn the verdict in his $50 million libel lawsuit against the publishers of The Sun who called him a “wife beater.”

Which, by the way, is one of the reasons a new report published on Wednesday by The Hollywood Reporter calls Depp “radioactive” when it comes to anyone in the film industry wanting to work with him these days.

There are few examples of a movie-star implosion of Depp’s magnitude that have been so sudden and spectacular. During the height of his stardom, a 13-year stretch ending in 2016, Depp earned some $650 million, including $55 million from his profit participation on 2010’s Alice in Wonderland, a Disney tentpole that earned $1.03 billion worldwide. For Minamata, which opens Feb. 21, he was paid just $3 million. The claims made in at least six recent suits, along with multiple interviews conducted by THR, paint a picture of an out-of-control Depp, a casualty of Hollywood’s sycophant culture in which his wild spending and substance abuse were rarely challenged. Or as one producer who worked on a recent Depp project notes, “He’s just never been told no for the past 35 years. That’s typical in Hollywood. But I’ve never seen it to this extent.” November 2020 simply offered the punctuation.

THR also reports that Depp was initially supposed to be paid $6 million for his role in Minamata, but the movie’s financiers balked after a crewmember on the film City of Lies filed a lawsuit in which they claimed an intoxicated Depp punched him twice on set.

Depp’s attempted interference in his ex-wife Heard’s career was highlighted by a letter he wrote to his sister, producer Christi Dembrowski, saying, “I want her replaced on the WB film,” referring to her role in Aquaman.

“He has suffered immense reputational carnage from a reckless set of choices that has left him in septic muck,” says Eric Schiffer, a crisis PR rep whose clients include a number of high-profile Hollywood and sports figures. “Can he come out of that? It really comes down to Johnny’s choices. He still has a fan base that in many ways is like Donald Trump’s with their emotional intensity and commitment to a star icon. It’s not based around principles. It’s about charisma and their identification of the range of characters that he’s played.”

Depp also reportedly cost Disney’s Pirates of the Caribbean: Dead Men Tell No Tales around $350,000 a day and shut down production for two weeks after the now infamous story of him having the tip of his finger sliced off during a fight with Heard.

“You simply can’t work with him now,” says one studio head. “He’s radioactive.”

Good thing for Depp that he was able to shoot one scene for the film Fantastic Beasts: The Crimes of Grindelwald because once he was fired following his massive, embarrassing loss in his lawsuit against The Sun, they still had to pay him his entire $16 million thanks to his contract not having a morality clause.

“The discovery that came out in that trial alone would be enough to scare any studio,” one studo executive told THR.

Oh yeah, Depp will once again be made the fool when his $50 million defamation suit against Heard in Virginia gets underway sometime in 2021.

“It is really hard to imagine why anyone would ever decide to pursue a strategy like that, especially now that — after a three-week trial with dozens of witnesses testifying and hundreds of exhibits — the U.K. judge dismissed every unfounded attack on Amber’s credibility and concluded that Depp did indeed assault Amber on 12 separate occasions,” Time’s Up Legal Defense co-founder Roberta Kaplan told THR. “Amber Heard did not bring this on herself. She sought a [temporary restraining order] back in 2016 so that she could change the locks on her front door and be safe. All the litigation since then … [has] been generated by Johnny Depp himself.”

Read the entire piece and learn much more about the 57-year-old Depp’s very public fall from grace over at The Hollywood Reporter.