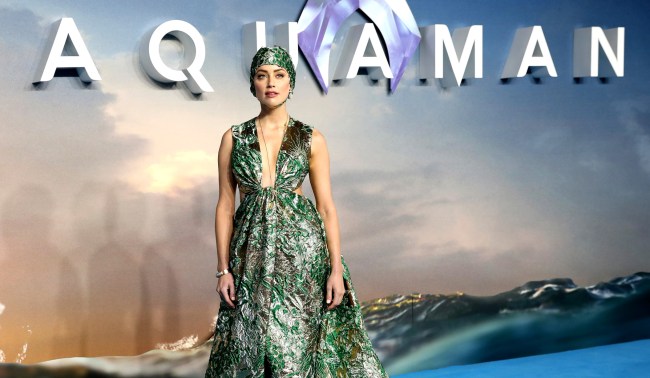 The petition to fire actress Amber Heard from Aquaman 2 has now crossed over 1.6 million signatures in the wake of a judge denying her ex-husband Johnny Depp’s appeal of the ruling for his $50 million libel lawsuit against The Sun.

Just three weeks ago, the petition had a little under 1.2 million signatures, but following the legal loss and Depp’s firing from the third Fantasic Beasts film (but will still receive his full 8-figure salary) the number of fans to express their disapproval of Heard by signing the petition has skyrocketed.

Also by comparison, one year ago the petition only had just over 38,000 signatures.

As of this writing, 1,691,484 people have signed the petition which claims, among many things, “As Amber Heard is a known and proven domestic abuser, Warner Brothers and DC Entertainment should and must remove Heard from their Aquaman 2 film project. They must not ignore the suffering of Heard’s victims, and must not glamorize a domestic abuser.”

This despite the fact that the judge in Depp’s libel case ruled that he believed 12 of the 14 alleged incidents in which Depp allegedly threatened and assaulted Heard to be “substantially true.”

Last week, Depp also lost his request for permission to appeal the failed libel action against The Sun over its description of him as a “wife beater.”

“I do not consider that the proposed grounds of appeal have a reasonable prospect of success,” stated Justice Nicol.

The judge also ordered Depp to pay The Sun around $849,108 in legal fees resulting from his lawsuit, reports The Guardian.

With regard to the petition to have her fired from her role in the upcoming Aquaman 2, Heard said last month, “Paid rumors and paid campaigns on social media don’t dictate [casting decisions] because they have no basis in reality. Only the fans actually made Aquaman and Aquaman 2 happen. I’m excited to get started next year.”

The legal battles for both Heard and Depp are far from over, however, as Depp is also suing Heard for no less than $50 million for defamation over an op-ed she wrote for the Washington Post that insinuated he was a domestic abuser.

Meanwhile, Warner Bros. which owns the Aquaman films appears to have weighed in on the whole situation and made clear whose side they support in this ongoing dispute by way of an Animaniacs musical number.

so @WBHomeEnt thought it's so very funny to depict Johnny Depp in this manner in a musical number in their new Animaniacs show. You're VILE for letting this go live. pic.twitter.com/h5c8E1rfCf