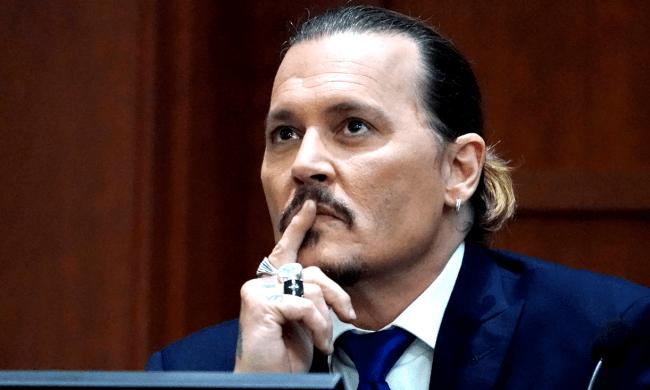 Many people have been keeping a close eye on the trial pitting Johnny Depp against his ex-wife Amber Heard. Depp is suing Heard for $50 million for libel (for a second time), while Heard is countersuing Depp for $100 million for defamation.

The court proceedings have been very dramatic and have produced some stunning testimony, both from Depp as well as some of his acquaintances and his physician.

The whole show has been so dramatic that on Monday on his show Howard Stern went so far as to claim that Johnny Depp has been “overacting” during his testimony.

“The reason he wanted that on — he wanted it televised [because] that’s what narcissists do. They think they can talk their way out of anything,” Stern said, reported Mediaite.

Of note, Depp didn’t actually have any say in whether the trial is televised. It was the judge’s decision.

Stern continued, “I’ll play you some clips from the Johnny Depp trial. If he isn’t acting — I mean, he’s so overacting because he’s writing his own material as he goes along. You know, I gotta tell you, he’s wrong. He shouldn’t be putting this on TV in any shape.”

Meanwhile, new research published on Monday by technology company Cyabra claimed that 11% of all Twitter accounts discussing the Johnny Depp vs. Amber Heard trial are fake. It also reported that a majority of those fake Twitter accounts have been coming out in support of Heard.

“Whenever there’s a lot of people involved, there’s always going to be some level of additional, inauthentic conversation going on around a topic,” Cyabra CEO Dan Brahmy told Fox News Digital, adding that the behavior is “usually…about drawing financial interest, or some sort of status or political interest.”

Brahmy added, “The average of inauthenticity usually ranges between 3 to 5 percent.”

“It was previously pretty unlikely that we thought we’d be having a conversation about misinformation when it comes to a Johnny Depp topic. Elections, yes. Wars, yes,” said Rafi Mendelsohn, Cyabra’s vice president of marketing. “But actually, now, when it comes to celebrity topics…we’re finding ourselves were looking at topics, more and more, covering everyday celebrity topics.”

He continued, “We can now pretty confidently say that there isn’t a topic in the news at the moment…or any topic that’s being discussed on social media that isn’t being touched by the challenge and the issue of disinformation and fake profiles propagating and having an impact on the conversation in a negative way.”

The trial continues on Tuesday. Amber Heard is scheduled to take the stand at some point in the future.