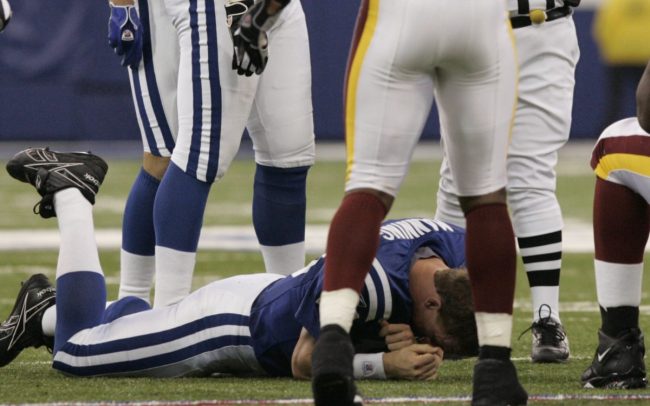 New light is being brought to the career altering neck injury suffered by Hall of Fame passer Peyton Manning. PFF reports that former Indianapolis coach Tony Dungy has zeroed in on the play that he believes caused the injury, and it involves a matchup against a defense led by Gregg Williams.

For those that don’t know, Williams was the leader of the New Orleans Saints defenses that were accused of paying out bonuses to players for purposely injuring their opposition. The Bountygate scandal ranged from 2009 (when the Saints won the Super Bowl) to 2011.

Upon getting wind of the pool, the NFL suspended Williams indefinitely though that suspension was overturned after just one season. The Bountygate scandal put a damper on the defensive coordinator’s reputation, but it’s possible that these bonuses were coming well before his time in New Orleans.

Members of his defenses in Washington, where he was a DC from 2004-2007, also alleged that Williams incentivized injuring opposing players. And now, one of those units is coming under scrutiny for its potential connection to a Peyton Manning injury.

Researching Peyton's neck injury and this is the play that Tony Dungy identified as the likely cause. Gregg Williams coached this Washington defense and former players accused him of having a similar bounty program there pic.twitter.com/CTEoONtwfm

The clip shows a pair of Washington defenders making a vicious hit, with one player going high and the other going low. The tackler up top does the most damage, bending Manning backwards before ripping his helmet from his head.

It does seem plausible that this hit led to a neck injury, which would require surgery four years later. Cole goes on to tell how that affected Manning throughout the remainder of his career.

“That hit was in 2006 and Manning decreased practice reps the following years until finally having neck surgery in the 2010 offseason. His efficiency showed some decline, though he still won two MVPs in that period”

With the potential link to Gregg Williams now visible, fans on social media are blasting the coordinator.

Looks like he was trying to break his neck

I’m glad the NFL has tried to officiate these types of hits/plays out of the game. Completely unnecessary head hunting.

The fact that Gregg Williams was a coach on an NFL team as recent as 2020 is so disturbing to me. The bounty stuff should have ended his NFL career.

The NFL: “We protect our players”
Also the NFL: Gregg Williams can still coach in our league