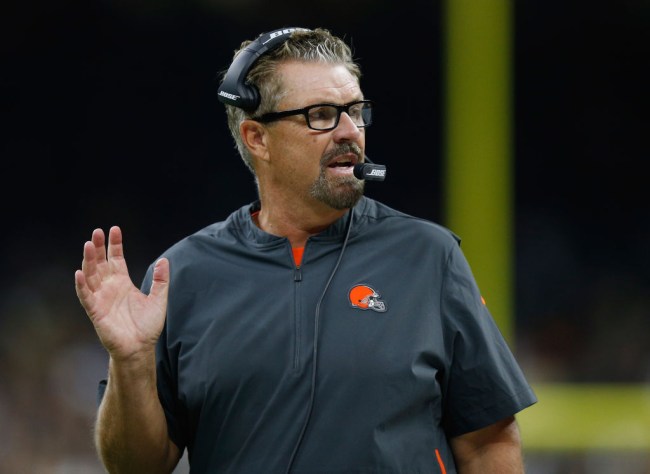 “Kill the head and the body will die” are the famous words of the new Cleveland Browns interim head coach. Gregg Williams was recently announced as the Browns head coach in the wake of the organization firing Hue Jackson and offensive coordinator Todd Haley. The news comes as a surprise to many who believe there is no place for a guy like Williams to helm a franchise, albeit the lowly Browns for an undetermined amount of time.

You may remember Williams from his days as a New Orleans Saints defensive coordinator, when a video was leaked of him telling his players to target specific opponents and their physical vulnerabilities. This put Williams smack dab in the center of the NFL’s bountygate scandal. Willams told his players to “put a lick” on 49ers receiver Kyle Williams who suffered multiple concussions in the past, to “take out” receiver Michael Crabtree’s ACL, and “Beat Frank Gore’s head. We want his head sideways.”

Granted, Williams is likely just a placeholder for the organization to find someone fit for the head coaching job, but that didn’t stop Twitter from collectively having an “oh shit” moment. Check out some reactions below.

The lesser of two evils pic.twitter.com/mJqjPxnzuh

Somehow this will end with Gregg Williams making calls on both sides of the ball and I’m here for it.

Gregg William's HC for the fun of it. pic.twitter.com/4i5Vzah7MC

You went 1-31. You somehow did not fire the head coach. Now you are in a position where Gregg Williams, Al Saunders and Ken Zampese are grooming your No. 1 overall quarterback. What a radioactive organization.

Gregg Williams now that he has all the power as head coach
pic.twitter.com/5gMXdbkmtn

NFL: We're going to emphasize officiating bodyweight and targeting to make the game safer and reward players who play the game the RIGHT way!

Best of luck to the Browns under the new regime.