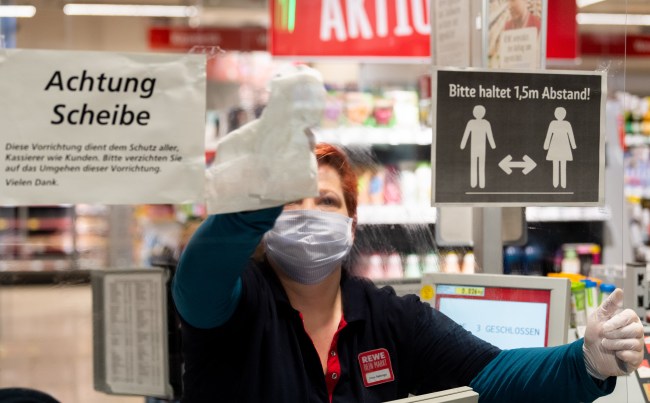 “I said that was rude there’s a pandemic going on right now.”- Alexis Danilo says this the suspect Jacqueline McBride spit in her face. The altercation happened while Danilo was standing in line outside a grocery store. It escalated when they both went inside. ⬇️ @6abc pic.twitter.com/G432Todjgi

We’ve got another spitter, folks. Every day now, we hear another story of someone spitting on someone else’s face. It wasn’t too long ago that you’d have to pay someone to do that, and now it comes with terrorism charges.

NY Post– “I backed away from her,” Danilo told the outlet. “I guess that upset her. She just said, ‘B—h, I don’t have the disease.’”

“[She] bumped into me, and I said something along the lines of ‘That’s rude, there is a pandemic going on,’” Danilo added. “And then she just responded, ‘I’ll fight you right now,’ and took off her mask and spit on my face.”

She was arrested and charged with simple assault, terroristic threats and harassment, police confirmed Thursday night, according to the report.

Jacqueline McBride is my kind of crazy. I know what she did is unforgivable and disgusting and totally not in the spirit of what we’re doing these days. But we can’t help who we love. Any woman who lives her life that close to snapping is an absolute tornado of fun and terror. Sure, the bad times would be ROUGH. But the good times would be through the roof.

Police say McBride also spat on a male employee during an argument at the same shop a day earlier, the outlet reported.

Once a spitter, always a spitter. What on earth is the staff of Di Bruno’s doing? Lady spits on an employee and returns the next day for more shopping? How was she not hit with a lifetime ban? How was she allowed back in the store 24 hours later? At some point, you can’t get mad at the bull for giving everyone the horns if you allow the bull to keep coming back to the grocery store.