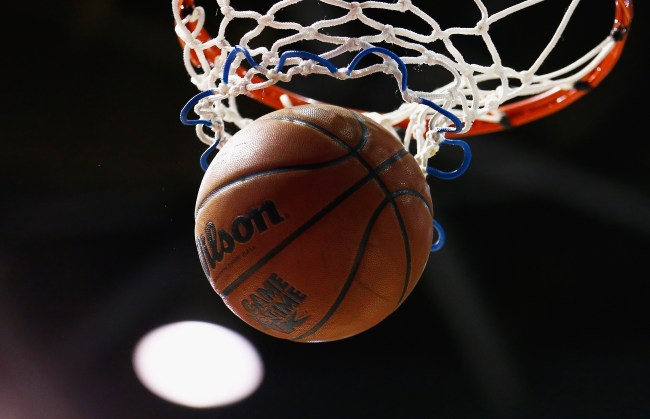 Protests against police brutality around the country have increasingly gotten more volatile in recent days but one teenager and his friends are trying to make a difference to ease tensions in Philadelphia.

This afternoon Philly based journalist Nina Feldman ran into teenager Khalil Gardner who was rolling around a basketball hoop to get people to play during the protests in the city in an effort to break the tension between protesters and the police.

Khalil Gardner is a part of a group dragging a basketball hoop around center city trying to get people to play to break the tension. pic.twitter.com/EA4Cwazpne

Gardner was able to get a police officer to shoot some hoops with him.

They convinced a cop to play – his colleagues had to remind him to put his gun away before he took some shots. A couple others yelled for him to stop. pic.twitter.com/TC3dqYRDP6

It seems like Gardner’s plan worked as people seemed to be having a good time.

If the goal was to break tension it seems to have worked pic.twitter.com/MacLUdUCSn

Update: More police officers have joined in and are playing with the group.

Ran across this scene today of a sheriff's deputy playing 1-on-1 with a 26-year-old Philly woman who is walking around the city with a hoop and offering a respite from these difficult times – her instagram is @stephaniae pic.twitter.com/tWhmBHYOmB