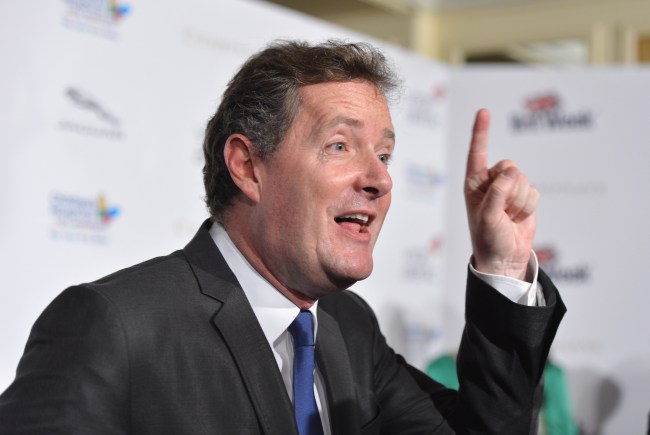 In case you missed it, Piers Morgan walked off the set of his TV show yesterday in a huff:

Pretty childish. That other guy didn’t seem to be saying anything that would warrant the walk-off. But if you thought that was the end of it, you don’t know Piers…

TV watchdog Ofcom has also launched an investigation into comments made by Morgan about the Duke and Duchess of Sussexes' interview with Oprah Winfrey.
The organisation received more than 41,000 complaints about his remarks on Monday during ITV's Good Morning Britain.

He quit! He QUIT his job of SIX YEARS after walking off, taking his ball, and going home. Now, maybe there was more to this that I’m not aware of. Maybe he’s hated his cohosts and the network for years, and this was the straw that broke the camel’s back. He’s clearly been outspoken about Meghan and Harry, so this was probably a trigger topic for him.

But that doesn’t change the fact that the day after his outburst, instead of trying to patch things up, he quintupled down. It’s like this scene in Hitch:

YOU KNOW WHAT? I QUIT.

We’ve all dreamt of saying that. Sometimes, the only way to seal the storm-off is to never return. And nothing says “I’m never coming back” quite like… never coming back. Now, Piers might have known he was about to get the boot given all the backlash he ignited from his comments about Meghan Markle. Maybe he just wanted to dump them before they could dump him. Classic 8th grade strategy. Can’t say I hate it.

So here’s to you, Piers Morgan. If nothing else, I admire your follow-through. Way to go the whole nine yards buddy. You really showed them!