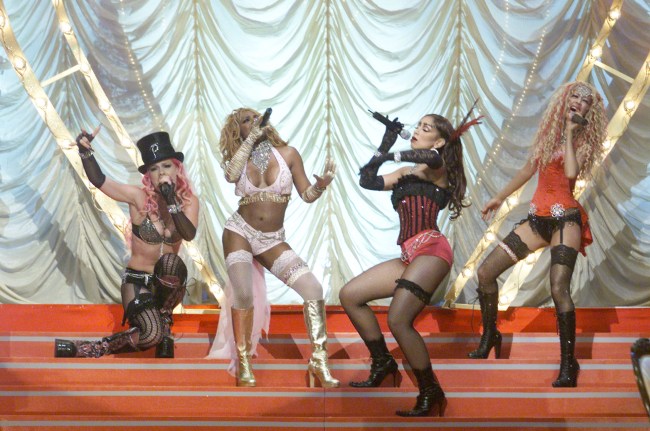 Remember 2001? It was a simpler time. When the very first Fast and the Furious hit theaters, the first year Wikipedia was unveiled on the internets, and the iPod was initially released. It was also a time when the biggest female pop stars all seemingly got along. In fact, Christina Aguilera, Mýa, Pink, and Lil’ Kim all appeared together in one Voltron of early 2000s pop music might to create the massively successful cover of “Lady Marmalade.” However, things were not all giuchie, Giuchie, ya ya dada as they made it out to seem.

Pink appeared on Watch What Happens Live with Andy Cohen and explained how Christina Aquilera took a swing at her at a club.

“We were super young and super new at the whole thing. I think I’m an alpha and she’s an alpha. I’m used to taking my altercations physical and she’s used to having them verbal. We just are very different. Women have to learn how to support each other. It’s not taught to us on the playground. Actually, she swung on me in a club, which is hilarious. I was like, ‘What’s happening right now?’”

So much for soul sistas, betta get that dough sistas. However, both singers have made amends so you can rest easy tonight.

“She’s so talented and, deep down, I’ve had bad days too. She’s a really sweet person. We made up on The Voice. I laughed, it was funny. I hadn’t seen her in years and years and years, but we became moms. We grew up. We hugged it out. It’s the simple. I feel so good about that. We did a song together.”

Sorry Xtina, Pink would have thrashed you in a fight.