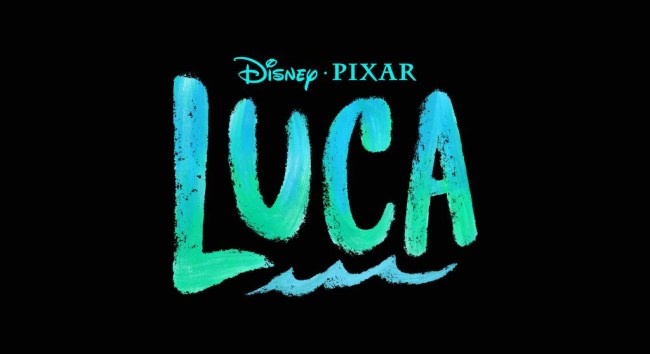 Those sons of bitches, man, they’ve done it again — I’ve seen but a lone image and a vague description of Pixar’s next project and I’m already deeply in my feels. It was just a few months ago that Onward was having me question whether or not I’ve fully reckoned with my childhood and now here comes Luca, a story about a fucking sea monster living off the scenic Italian coast (I’ve been to Positano, my last name is Italiano, won the World Cup in 2006, home of pasta and pizza, no big deal), with its emotional clip fully loaded. You think you’ve seen dazzling Pixar animation before? Just wait until they unleash the cliffside beauty of the Italian coastal motherland. We’ll be out here tearing up due to sheer aesthetical overload. Mix in a little nug and your face might melt clean off. They already got me fucked up, to be honest. Bastards.

Set in a beautiful seaside town on the Italian Riviera, the story follows experiencing an unforgettable summer with his new best friend, but all the fun is threatened by a deeply-held secret…he is a sea monster from another world. [via Pixar]

Just Announced: Disney & @Pixar’s all-new film “Luca.” Directed by Enrico Casarosa & produced by Andrea Warren, the film will introduce a boy named Luca as he experiences an unforgettable summer in a seaside town on the Italian Riviera. “Luca” opens in theaters summer 2021. pic.twitter.com/H4AKRC4smo

While the voice cast has yet to be announced, I’m willing to bet one of either Robert De Niro or Bobby Cannavale have a role in the film. At this time, Luca is set to hit theaters in the United States on June 18, 2021. Hopefully, by then, movie theaters will have returned to our lives.

As for Pixar’s next joint, the equally fantastic-looking and Jamie Foxx and Tina Fey-starring Soul is set to hit theaters on November 20. Maybe it’s pure nostalgia, perhaps it’s their supremely high quality, but something about my likely immature 27-year-old self just loves Pixar movies — they rack in the Academy Awards for a reason, after all.