Pizza Hut Is Expanding Beer Delivery To Los Angeles And Beyond 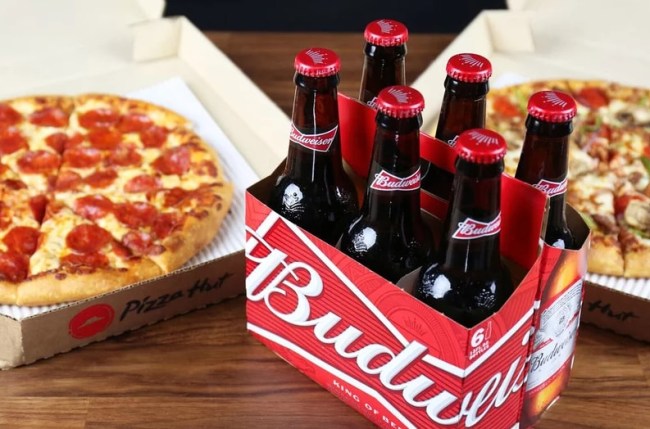 Anyone who’s spent their fair share of time in New York City knows that its delis— or, if you’re cool enough, “bodegas”— are as ubiquitous as its subway rats and sidewalks covered in trash juice. You rarely have to walk more than a few blocks to come across a store that would be an ideal place to barricade yourself in if the zombie apocalypse ever rolls around.

As someone who’s had identical bacon, egg, and cheeses made by the guys manning the grill at dozens of different places while nursing the countless hangovers I’ve earned during my time living here, it’s hard for a particular deli to standout in the crowd. However, there are some ways to make customers for life, like the one near me who will happily deliver beer straight to your place for the slight inconvenience of having to tip someone a few dollars.

It can be a pain to find someone willing to bring you more booze when you’ve reached a point where you can’t (or don’t feel like) doing it yourself, but Pizza Hut blessed the people of Phoenix a few months ago when they started testing out beer and wine delivery in the city. They announced their intentions to expand the service to other locales if the pilot program was successful, and based on a recent announcement, things worked out pretty well.

According to Forbes, the company has fired their latest shot across the bows of Domino’s and Papa John’s (which is testing out a similar service) by expanding alcohol delivery to more than 100 different locations in California and Arizona, which means anyone who’s too drunk to drive in Los Angeles (and several other major cities) can now hit up Pizza Hut to get more beer.

We live in truly magical times.