Pizza Rat Is Back And Hungrier Than Ever, Check Out This Video Of Him Doing Work On Another Slice Of NY Pizza 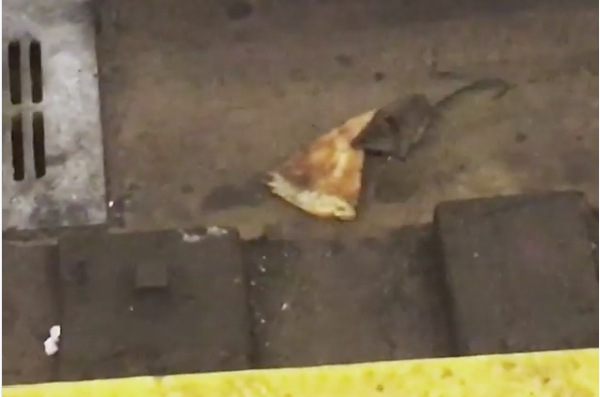 When I was told ‘everything is bigger in New York,’ I figured that phrase just referred to the buildings, cost of living, and peoples’ egos. No one warned me that the rats in New York can bench press a Volkswagen and are big enough to ride the roller coasters at Six Flags. And they are ev-er-y-where. On subway tracks. In apartments. Digging through trash on the street. Hell, I once came back early from a business trip to find one giving my girlfriend the business. I respectfully waited outside the bedroom until completion because there are some battles not worth fighting.

We all remember the legend of Pizza Rat, who went viral back in September 2015 when he dragged an entire slice of New York pizza down the subway steps (video at bottom). You may think that after skyrocketing to fame, Pizza Rat would get complacent and stop working on his craft. But you would be wrong my friend, Pizza Rat is back and hungrier than ever. His latest performance was filmed yesterday at the 59th street/Lexington Avenue stop. Enjoy.

What kind of monster would toss a perfectly good slice of pizza on the subway tracks? It’s more likely that Pizza Rat bullied this chump into coughing up a slice. Classic Pizza Rat.

Pizza Rat’s body of work is entering into legendary territory.