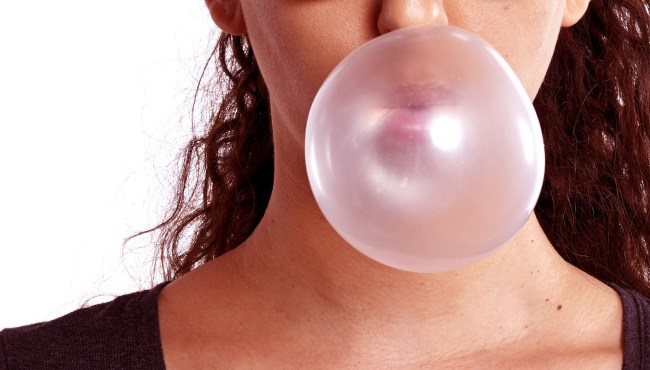 A TikTok video showing a plane passenger putting gum in a woman’s hair after she kept flipping it up over the seatback is making the rounds on the internet. But is it real? I certainly hope so.

Why do I hope it’s real? Because flying already sucks enough, especially during a pandemic, without having to deal with people who treat the plane like their own personal living room. (Yes, I am talking to all of you who take your shoes off while flying. Animals…)

The TikTok video posted by a woman named Janelle Elise Flom (@janelleelise) shows what appears to be the ultimate act of revenge for constantly having your personal space on an airplane by a woman who is so completely self-centered that she believes it to be okay to flip her hair up over the seatback despite the fact that someone is sitting directly behind her.

Throw in the fact that the woman not only did it more than once, her actions completely covered up the TV on her seatback rendering it useless to the passenger behind her, and it’s easy to see how things could escalate.

And escalate they did.

Being fully fed up with the obliviousness of the passenger in front of her, the aggrieved party decides to dole out some mid-flight justice by sticking gum in the woman’s hair.

After the flight attendant passes by, she breaks out a pair of nail clippers and starts giving the hair-flipper a little trim.

None of this slows down the hair-tosser, however, so our hero then dunks the woman’s hair in a cup of something, probably coffee, but not before attaching a moist lollipop to the blonde mane.

Flom asks in the caption to her video, “Whose side are you on?!”

Based on the responses, everyone was on hers. Except… there was a smattering of folks who just weren’t buying the whole thing, calling it fake or staged.

Take a look and see what you think? Real or staged, I think we all can relate to the reaction of the flight attendant who wanted no part of what was happening.

Whose side are you on?! ##ohno ##toxic ##drama ##airplane ##travel ##GivingThanks

While Iam leaning towards this being fake, one person did make a semi-salient point.

“I believe those are extensions, as she hasn’t reacted,” wrote Seren Alexander. “If those were real hair, I would have flipped back immediately, coz I know I’ll feel it someone has touched the very tip of my hair… but I’m just sensitive I guess… still, if that’s extensions, they’re still expensive.”

Another viewer, Grace Dearth, replied back, “I have long hair and I don’t feel the ends being touched. I guess it does depend on sensitivity.”

Bottom line, I think viewer Courtney Smith speaks for us all when she commented, “No way she doesn’t feel that but I support you sis.”

I choose to believe the video is real, just because I want it to be and you can’t tell me otherwise.