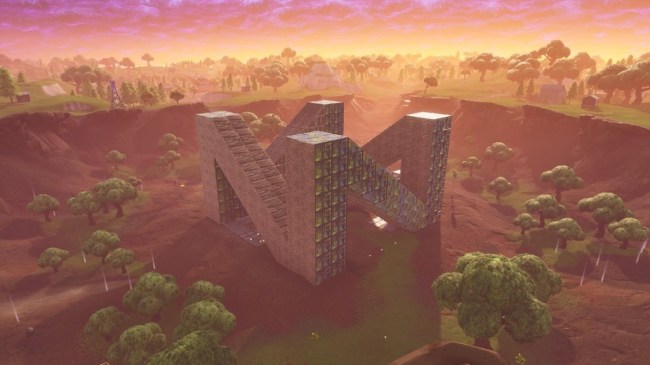 The Playground Mode only arrived on Fortnite last week and it is already going away. Epic Games introduced Playground Mode as a way for new gamers or players who just flat-out suck a training arena so they can develop new strategies or work on their game so they don’t get annihilated by 8-year-olds time and time again. But it has evolved into a place for people to show their creative side and build impressive structures.

Epic Games announced that the practice mode will expire on Thursday, July 12. Not only does this suck because Playground Mode gave Fortnite gamers a place to sharpen their skills, but also presented a safe environment for players who just want to build awesome structures. Some players have already asked Epic Games for Playground Mode to be permanent.

Other gamers have asked for other things.

Epic Games said they are are taking away Playground Mode so that they can “take it back under construction” and then bring it back with some improvements and eventually provide a “full creative mode.” A place to build as much as your heart desires with as much time as you need with as many friends as you want would be fantastic.

The Playground Mode currently gives you a safe haven to create whatever you want within one hour. You have less than a week to attempt to create even more magnificent structures and wicked ramps, but it will be tough to beat these incredible examples.

Playground mode is the best thing to happen to fortnite pic.twitter.com/mAet9fdxZz

If @FortniteGame keeps improving with the playground mode it could be so great. Needs to be a permanent mode, More players, Custom settings. The ability to save/upload and download created maps for race tracks and parkour map or cool creations. Just a thought! pic.twitter.com/eyngHufLZe

We made Mario Kart in Fortnite from FortNiteBR

Since you guys liked my first one, I bring you.. Anarchy Acres Piggy from FortNiteBR

After 4 failed attempts and 5 hours, I made 8-Bit Samus! from FortNiteBR

So I tried recreating "Mount Olympus" from FortNiteBR

Here is my attempt at a galleon in playground. Hope you all like it! from FortNiteBR

A Tribute to a Classic from FortNiteBR