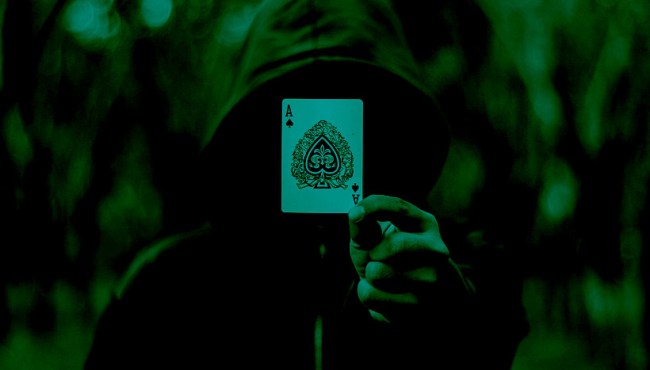 If you’ve been following along as we chronicled one of the strangest bets we’ve ever seen, then you know that poker pro Rich Alati recently spent 20 days in solitary cofinement, with no light or electronics whatsoever, for a bet.

During his stay in an unlit bathroom, Alati had to follow 11-pages worth of guidelines.

“At the last food drop, he was stronger than ever,” Young told The Action Network. “I underestimated his mindset, his resolve. I’m not disappointed I made the bet, I thought I had the better side, but he has exceeded all my expectations.”

And now, six days removed from the dark room, Alati revealed what the very bizarre experience was like to Darren Rovell of The Action Network.

First off, where exactly was he?

Alati: I was in a bathroom in a house in Henderson, Nev., which we rented on AirBnB. We took the bathroom and had a contractor come in to build the room so it was boarded up, soundproofed and blacked out.

Darren: How big was the bathroom?

Alati: It was your standard master bathroom coming off a bedroom in a nice place.

How did he prepare, if at all, in advance of his confinement?

Darren: On Nov. 21, you entered the room. Something that I didn’t get is, if it was completely dark and there wasn’t a light in the fridge, how did you see what you ate? How did you know where things were?

Alati: So I flew in two days prior from the Bahamas and spend some time familiarizing myself where things were — the faucet and the bath. I’m really good at memorization, so I then arranged the room and remembered where things were. I set up the clothes in one place, my food in another and the toiletries in another.

One time, the room was filled with all these white bubbles.

“I know this is not real but I’m going to go along with it and I had a fun bubble party."@darrenrovell's discussion with Rich Alati:https://t.co/FZhqoGux2D

Alati also revealed that for the first three days or so he spoke to his family on one of the cameras, but stopped when he started hallucinating.

Darren: What type of hallucinations are we talking about? Because that’s one of the things that people said would make the bet so much of a challenge?

Alati: It started with shapes and colors. Then I saw a train. And I just had to convince myself it wasn’t real. But that was probably my hardest moment because there was some fear to it. I remember, I was worried about how far my brain would go, so I went to sleep. The hallucinations didn’t stop, but I just took the fear out of it. I started to embrace it. One time, the room was filled with all these white bubbles. I said to myself, “I know this is not real,” but I’m going to go along with it and I had a fun bubble party. There were other times, I saw windows on the bathroom, I saw ceiling fans that weren’t there, and at one point the ceiling just opened up and I saw the stars and the sky. It was absolutely beautiful.

Alati also discussed how he managed to get around in the dark (at first he crawled), how much he slept (not as much as you’d think), what his typical day was like (he did a lot of planks and sit-ups and pushups), why he decided to take the buyout, and more.

Read all about it over at The Action Network.