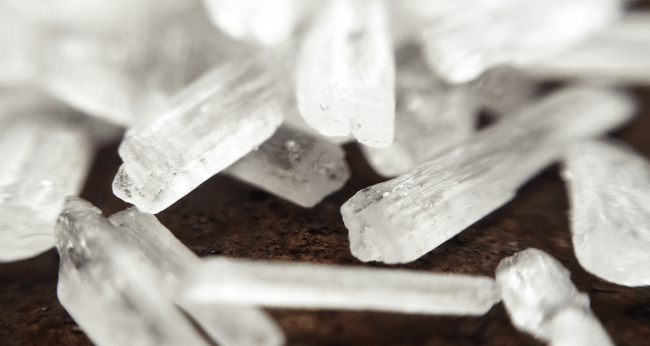 The crystal meth, worth approximately $1.6 billion AUD ($1.1 billion USD), was discovered inside several sea cargo containers and concealed within marble stone. The drugs were revealed during x-ray scans of the containers.

A further tonne of methylamphetamine has been seized as part of ongoing investigations by the Drug and Firearms Squad into the largest detection of the drug at the Australian border.

Acting on intelligence, the first set of containers that were examined resulted in the seizure of 748 kg (1,649 pounds) of crystal meth, with an additional 1,060 kg (2,337 pounds) of ice later found in number of other containers.

All of the shipments originated in the Middle East. Three men, aged 24, 26 and 34, have so far been arrested and charged in connection with the drug bust.

“Our officers are highly trained and continue to demonstrate their skills when it comes to detecting the importation of illicit drugs, no matter what method of concealment the organized crime groups use,” ABF Assistant Commissioner East Erin Dale said.

“The audacity of these individuals to think they could import such vast quantities of harmful drugs into Australia is astounding. Let’s be clear: this is the largest seizure of methylamphetamine at the Australian border and therefore a massive blow to organized criminals.”

In a earlier, separate drug seizure, police seized $107 million worth of crystal meth hidden inside a vintage 1960 Bentley S2.

The Bentley S2 was discovered to have 355 pounds of methamphetamine and 66 pounds of cocaine hidden inside of it, a large quantity of which was discovered behind the headlights of the vehicle. Two men, aged 22 and 23, were arrested and charged in that bust.

In a related, followup investigation, police officers stopped a Toyota Prado and found 4.85 pounds of meth and more than $759,000 cash hidden beneath the car’s cargo area. A man and women, both aged 25, were taken into custody and charged with drug crimes.

Australian police also set another record last week when they made the country’s biggest fentanyl seizure ever.

More than 132 pounds of fentanyl were found hidden inside military-style ammunition boxes hidden in an industrial lathe in a shipment from Canada.

The fentanyl was was reportedly enough for 5.6 million doses.