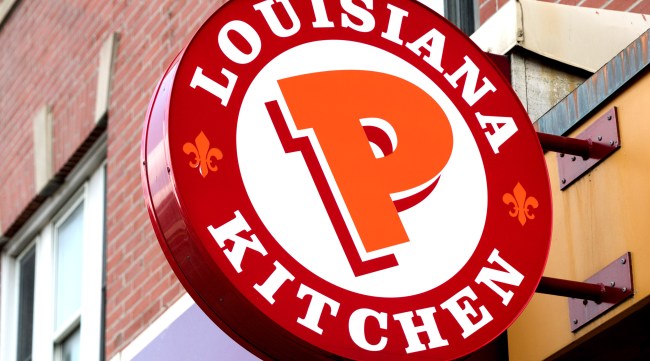 We’ve seen some impressive side hustles in the past, most recently an unappreciated entrepreneur from Louisiana who was arrested for selling fake medical excuse notes to high school students for $20 a pop.

Speaking of Louisiana, one employee of a Popeyes Lousiana Kitchen found themself in hot water for allegedly selling the ultra-popular, and until recently sold out, Popeyes chicken sandwiches on the down low.

Naturally, as has happened repeatedly in the wake of Popeyes chicken sandwiches supply not meeting the demand, this situation ended up erupting into violence.

According to TMZ this particular Popeyes restaurant is in Los Angeles where they say the person who shot the video, LaKeshia Hall, told them the fight started after an employee was caught selling the chicken sandwiches on the side out of the back door.

In the video, several Popeyes employees can be seen screaming and throwing hands while someone yells, “You f**king hit me, bitch!” It’s quite a scene.

According to Popeyes, they are very sorry about all of the violence, but they have no plans to remove their chicken sandwich from the menu.

Following the death of a 28-year-old who was waiting in line for the sandwich at a Maryland location, a Popeyes spokesperson told TMZ it “is a tragedy and we are saddened to hear about this senseless act of violence.”

The chicken chain says the safety of its employees and customers is always a priority, and franchisees have worked to boost staffing during this craze to be ready to serve guests quickly and safely.

It adds that most Popeyes restaurants are franchised and “additional onsite security matters are handled by the franchisees.”

In the mean time, it appears that many people who want a Popeyes chicken sandwich will just have to deal with situations like these…

WATCH: Man Shouts N-Word At Popeyes, Is Beaten Up, Forced To Apologize And Has His Chicken Sandwich Stolen! https://t.co/g0tyztgyLL pic.twitter.com/yGTxZLUKcI

New video from inside a Popeyes restaurant in Columbia, Tenn. shows the moments before a woman is body slammed in the parking lot

The ghetto🤧 Fights over the Popeyes chicken sandwich are getting real pic.twitter.com/XdNmJUIVjY