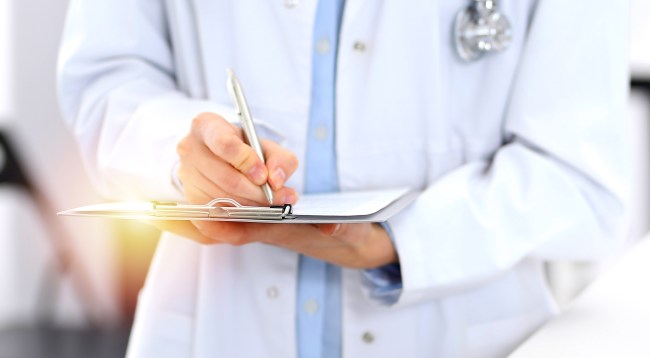 She isn’t really a doctor, but she did stay at a Holiday Inn Express one time… probably.

An enterprising woman from Evans, Louisiana named Belinda Gail Fondren had a good thing going, forging fake doctor’s notes with medical excuses for high school students so they could get out of going to class.

Turns out that this sort of thing is frowned upon by the folks over at the Vernon Parish Sheriff’s Office. Who knew?!

According to the Bastrop Daily Enterprise, Fondren, 52, was arrested and charged with filing or maintaining false public records thanks to her unique money-making venture.

Apparently, Fondren ended up getting busted when the Vernon Parish Sheriff’s Office (VPSO) was contacted by a local physician wondering why the Vernon Parish School Board was asking him about the excuse notes that were being submitted by several local high school students.

The physician indicated that he had never treated any of the students, nor did his office authorize or issue the excuses. It was revealed during the course of the investigation that Fondren was a former employee at the physician’s medical clinic, and was allegedly selling these excuses to students who would skip school without being penalized for days missed.

She was booked into the VSPO jail on $15,000 bond and faces a maximum of five years in prison at hard labor. Unless she can get a doctor’s excuse… maybe.