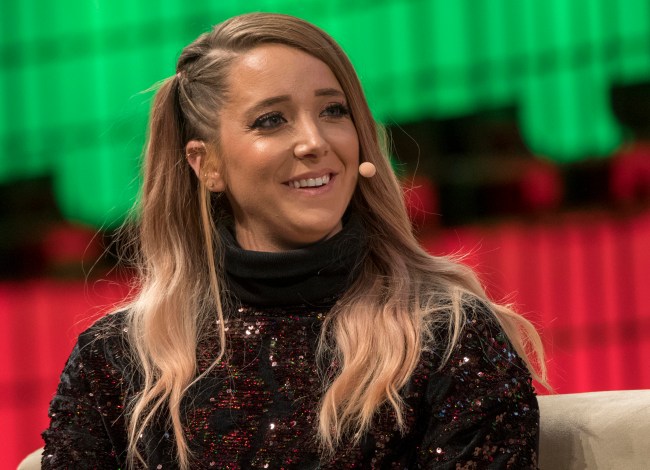 Popular Vlogger Jenna Marbles is quitting Youtube after being called out over some of her past problematic videos.

Jenna apologized for a 2011 video where she posted showing herself in blackface while imitating rapper Nicki Minaj. She goes on to say she never meant to do blackface but now admits she was wrong following an outcry from social media users who found the video offensive.

Jenna Marbles announced she’s stepping away from her channel in video today. She addressed many controversies surrounding her old content including blackface and an Asian joke, and said she privated those videos because she doesn’t want to upset anyone. What are your thoughts? pic.twitter.com/UCvFRqa1te

Very popular OG YouTuber #JennaMarbles is ashamed and embarassed because of her past problematic videos, including doing blackface, being racially insensitive towards Asian, slut-shaming and more. She just announced she's leaving YouTube. And she may never come back! pic.twitter.com/UnL6kZZrfQ

I’ve tried my best to grow up and to be a better person. And first and foremost, I want everyone to know that I’ve always been a two-way street, and that anytime that you criticize me and tell me that you would like me to do better or to do something differently, that I always try to do that. And I try to make fun content, inclusive content, things that don’t offend people or upset people, and that’s kind of where I am,”

“I’m sorry if any of [my old content] holds any nostalgia for you, but I’m literally not trying to put out negative things into the world. I think there was a time when having all of my old content exist on the internet showed how much I have grown up as a person, which I’m very proud of. I think now it’s hard for that content to exist at all because I think people watch it and don’t bother to look at when it was posted or care about what path I took to get to where I am,” M “It offends them now, and, if that’s the case, where people will watch something and be offended now, I don’t want it to exist.”

The 33-Year-Old Marbles is leaveing her YouTube channel which currently has more than 3 billion views to date, and over 20 million subscribers