How Did This Porsche Launch Into The Air And Get Lodged In The Second Story Of A Building? 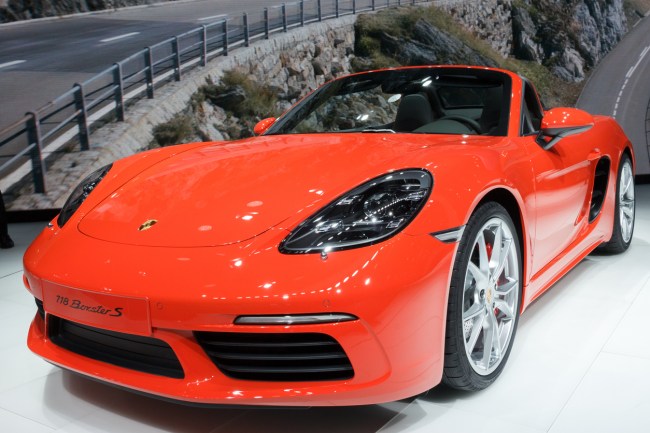 A crazy and tragic scene is unfolding in Toms River, New Jersey, as a Porsche somehow was launched and landed in the second story of a building. Sadly, two people were killed in the perplexing car accident.

Around 6:30 AM on Sunday morning, a red Porsche Boxster was driving at a high rate of speed when it lost control. Police say the sports car hit the median and went flying into the air and crashed into the Exit Realty building at 1466 Hooper Avenue. The vehicle went completely into the second story of the real estate office.

PHOTO: A Porsche crashed into the 2nd story of a building in a reportedly double fatal accident on Hooper Avenue in Toms River at around 6:30 AM this morning prompting a large emergency response. The incident is under investigation. (Credit: OCSN) pic.twitter.com/F7O8SjJnuy

Skid marks could be seen on the eastbound side of Hooper Avenue heading toward the center median. The Porsche was driving so fast that the slight incline of the median was enough to launch the vehicle across the highway and into the second story of the building, which houses four businesses, including a counseling service and a real estate company.

Firefighters are attempting to put supports in the building so they can dislodge the car.

A portion of Hooper Ave was shut down as police did an investigation into the lethal crash.

A red porsche is upside down in the 2nd story of a real estate building that was unoccupied when the car obviously going very fast with two people inside&went airborne some how 6:30 this morning in Toms River- Greater Lakewood ⁦@FOX29philly⁩ https://t.co/hZO3NMKaeg

Toms River police officer Vincent Padalino said the two people killed were the driver and passenger of the Porsche and that the building was unoccupied at the time of the accident. Authorities from Ocean County have not released the identities of the two people in the car who died.