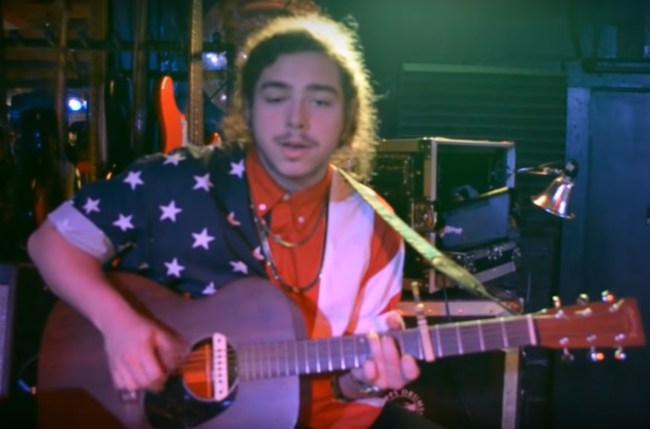 It has been 20,950 days since Bob Dylan wrote ‘Don’t Think Twice, It’s All Right’ which was recorded on November 14, 1962 and released the following year as a single on his album The Freewheelin’ Bob Dylan.

This clip below of Post Malone is ancient by Internet Standards and by that I mean that it’s a few years old but I woke up this morning, went to YouTube, and this was at the top of my suggested videos and I’m sure as shit glad I clicked play because it’s great.

Here we see a young Post Malone, before the face tattoos, before he became a global celebrity worth tens of millions of dollars, covering Bob Dylan‘s ‘Don’t Think Twice, It’s All Right’ on his guitar in a dimly lit room. This is a song that’s been covered by the likes of Willie Nelson, Merle Haggar, Dolly Parton, Ed Sheeran, Johnny Cash, O.A.R., and a hundred other popular musicians.

Read Next: Take A Tour Of Post Malone’s Insane $3 Million Compound In A Utah Canyon That Was Built For The Apocalypse

This a timeless song that American historian Nat Hentoff said is “a statement that maybe you can say to make yourself feel better … as if you were talking to yourself.” I thought I’d throw that out there as some food for thought today. Take it or leave it. Either way, I hope you enjoyed the song.