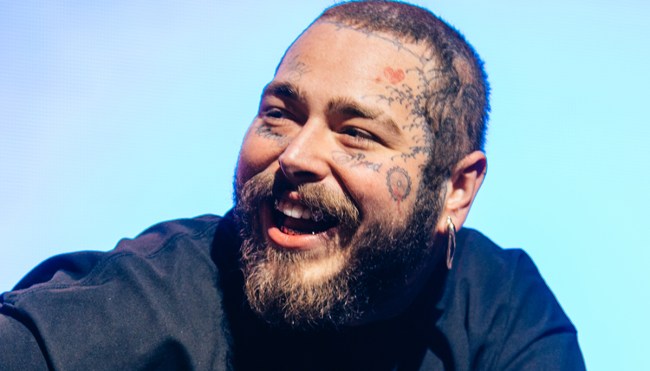 Post Malone has been on one hell of a ride since becoming an overnight sensation in 2015, as he masterfully leveraged the SoundCloud clout he was able to garner with “White Iverson” on his way to quickly transforming into an international superstar who’s produced an impressive string of hits since then.

If you remove the massive amount of fame and face tattoos from the equation, the noted beer pong enthusiast comes off as one of the more relatable celebrities out there—a reputation that he cemented even more during a recent appearance on The Howard Stern Show.

Post sat down for a chat with the legendary radio host earlier this week while making his way through a few of the 40 to 45 cigarettes he says he smokes on a regular basis. The conversation eventually turned to his creative process, which led to the artist discussing his go-to spot when it comes to dreaming up music: the toilet.

Malone says he thinks of the bulk of his lyrics while reigning on the porcelain throne and had a pretty solid explanation for why it’s the ideal location for his songwriting process:

I have a special notepad off to the side where I can write my s—t. It’s my special zone. No one wants to come talk to you while you’re taking a s—t. No one. I don’t care who it is.

I wouldn’t say it’s a hideaway as much as an oasis.”

He also said his typical bathroom visit is one “hour-and-a-half, two hours,” so it’s safe to say the man who recently announced the birth of his first daughter is already ahead of the curve when it comes to mastering Dad Things.