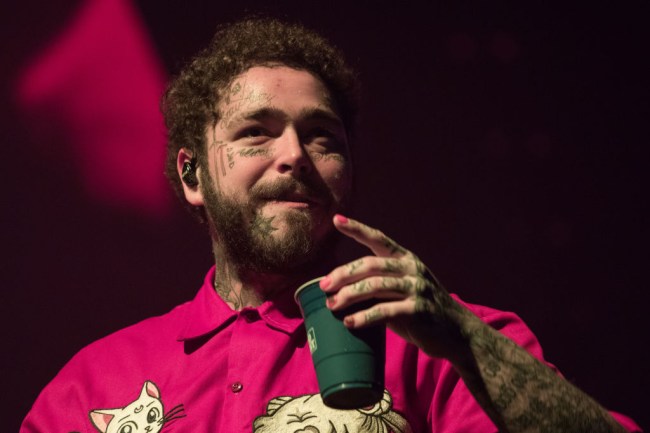 It’s been five years since some white dude with cornrows masquerading as the Caucasian version of Allen Iverson became one of the first performers to make the leap from Soundcloud to the mainstream, and since then, Post Malone has relied on a proven formula of repetition and a fairly average singing voice to add almost as many chart-topping hits to his résumé as the number of tattoos he’s inked on his face over the same span of time.

It might seem like I’m hating on him but that’s anything but the case, as he’s an insanely talented artist who simply makes the kind of music that he wants to make and has managed to become more successful than most of us could ever dream by doing so. It’s also easy to take one look at him and make a million assumptions about his personality, but based on everything I’ve seen, he seems like a genuinely chill dude who I’d love to crush a bunch of Bud Lights with if I was ever presented with the opportunity.

Most musicians have had a pretty uneventful year compared to what they’re used to thanks in no small part to the fact that concerts aren’t really a thing anymore but Post has managed to keep himself busy. He raked in a solid chunk of cash after launching his own line of wine and raised an absurd amount of money for charity by performing a set of Nirvana covers and hosting a star-studded virtual beer pong tournament.

That competition took place a few months after he found himself standing across from Patrick Mahomes and Travis Kelce at a table covered in Solo cups following the Chiefs Super Bowl victory for a showdown that culminated with him adding yet another tattoo to his collection in the form of Mahomes’ autograph after deciding it would be a good idea to wager with an NFL quarterback who also pitched for a couple of years in college.

Now, he’s presumably hoping he’ll have more success with his newest beer pong-related venture, as TMZ reports he recently filed trademark papers for the “World Pong League,” with the documents indicating his plans to host competitions and tournaments in addition to promoting the organization with merch including the obligatory cups, ping pong balls, and tables as well as a clothing line that will include branded boxers.

There’s currently no timeline on when the league will get up and running, but as someone who was strangely entranced by a professional beer pong tournament that was sandwiched between the cornhole and axe throwing competitions I watched on ESPN2 during one of those Saturday mornings where I was in desperate need of some truly mindless entertainment, I’m actually pretty amped for its arrival.