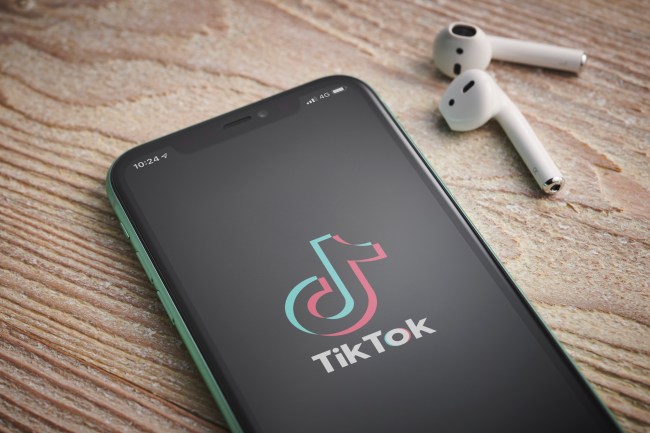 It seems like TikTok’s days are numbered in the U.S.

On Friday afternoon it was reported that Microsoft was in talks to buy the Chinese-owned social media app that has been under a microscope by the US government over concerns on how it handles user data.

BREAKING: Microsoft is exploring an acquisition of TikTok’s operations in the U.S. as Trump plans to order ByteDance to divest its ownership https://t.co/zjNuvVASrl pic.twitter.com/UHeSx0AWcA

While speaking to reporters on Friday night, President Trump says he preferred to ban the app outright instead of allowing it to be sold to Microsoft.

President Trump announces to reporters on Air Force One that he’s banning TikTok.

Breaking: President Trump says to reporters that he plans to ban TikTok, a Chinese owned social media platform, from operating in the United States: “As far as TikTok is concerned we’re banning them from the United States.”

Per pool, Trump said, “Well, I have that authority. I can do it with an executive order or that.” The pool says Trump made clear he was not in favor of a deal to let a U.S. company buy TikTok’s American operations.

This isn’t the first time the Trump administration has flirted with banning TikTok.

Last month, US Secretary of State Mike Pompeo told Fox News’ Laura Ingraham that the White House was looking into following in India’s footsteps and banning the app in the U.S.

India banned the Chinese app TikTok over mass surveillance it's of users. Australia is considering banning it. According to Pompeo, the US may also.

"Would you recommend that people download that app on their phones?"

"Only if you want your private info in the hands of the CCP" pic.twitter.com/JSOyrVpI8e

LAURA INGRAHAM And finally, Mr. Secretary, the huge Chinese app TikTok has about 30 million users in the United States, but it’s been banned now by India, and Australia is considering the same action, saying that TikTok was full of mass surveillance and propaganda and also that the app had the ability to feed information straight to Beijing.

So a kind of obvious question: If all that’s the case, shouldn’t we be considering right now, tonight, a ban on Chinese social media apps, especially TikTok?

SECRETARY POMPEO: Laura, your viewers should know we’re taking this very seriously. We’re certainly looking at it. We’ve worked on this very issue for a long time, whether it was the problems of having Huawei technology in your infrastructure. We’ve gone all over the world and we’re making real progress getting that out. We declared ZTE a danger to American national security. We’ve done all of these things.

With respect to Chinese apps on people’s cell phones, I can assure you the United States will get this one right too, Laura. I don’t want to get out in front of the President, but it’s something we’re looking at.