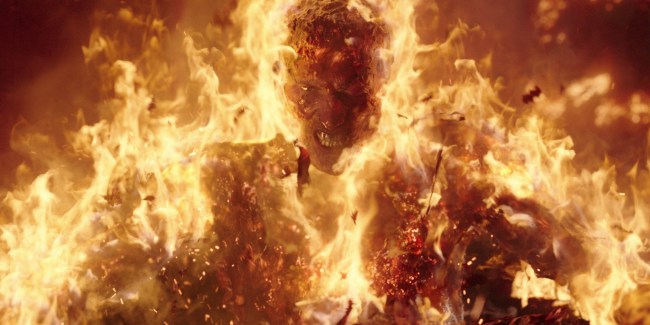 If there’s one major complaint that I have about comic book filmmaking these days — despite the fact that I well and truly adore the genre — it’s that everything can feel sort of similar, especially when it comes to the MCU and DCEU level films.

Every so often, though, something new and exciting comes along that, for better or for worse, brings something different to the table. Back before he ruined Fantastic Four and made that awful Tom Hardy-starring Capone movie, director Josh Trank made Chronicle, which fused the superhero genre with the gritty horror of the found footage drama. There was Deadpool and Logan, which showed that iconic superheroes can fit into genres other than strict action, such as comedy and heavy drama, respectively. Even last year’s Brightburn, which imagined what would happen if a tween Clark Kent was actually a sociopathic monster. These films are important to this genre, and all genres, because they move them forward, and it looks like Netflix’s new film Project Power — which stars Jamie Foxx and Joseph Gordon-Levitt — will be the latest superhero film to offer something fans something fresh and original.

Here’s the official synopsis for Project Power, via Netflix:

On the streets of New Orleans, word begins to spread about a mysterious new pill that unlocks superpowers unique to each user. The catch: You don’t know what will happen until you take it. While some develop bulletproof skin, invisibility, and super strength, others exhibit a deadlier reaction. But when the pill escalates crime within the city to dangerous levels, a local cop (Joseph Gordon-Levitt) teams with a teenage dealer (Dominique Fishback) and a former soldier fueled by a secret vendetta (Jamie Foxx) to fight power with power and risk taking the pill in order to track down and stop the group responsible for creating it.

Project Power is set to hit Netflix in the United States on Friday, August 14.