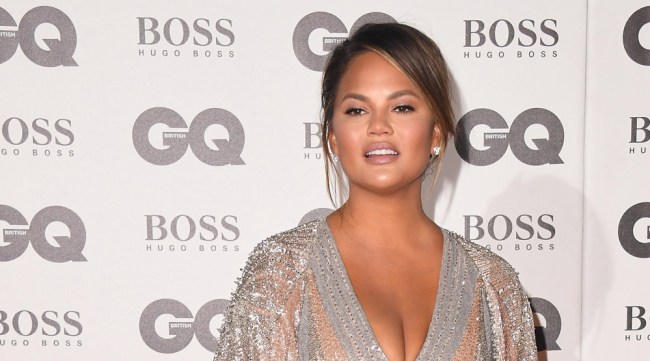 Chrissy Teigen has become a household name ever since she was named Rookie of the Year of the 2010 Sports Illustrated swimsuit issue thanks in large part to her tremendously witty and snarky social media presence.

Since that first SI Swimsuit appearance, she’s appeared on the 50th anniversary cover of the Sports Illustrated swimsuit issue. She’s published a New York Times bestseller. She’s been a featured character in the video game Need For Speed: The Run. She’s been the co-host of Spike TV’s Lip Sync Battle, co-hosted the Billboard Music Awards, and has released a clothing line with Revolve (more on that in a moment). She’s married to EGOT-winning singer John Legend.

And we’ve been pronouncing her name wrong this entire time.

We know this thanks to another revelation that stunned the internet when people found out they had been pronouncing Ariana Grande’s name wrong this whole time as well.

You know how innocent you have to be to allow a world to pronounce yo last name wrong yo whole life and just go along with it? https://t.co/aR7RNzhejV

I know. I even correct people when they say it correctly. it’s all v effed up https://t.co/aJkweIiL7H

I don’t correct people, ever. They can call me Janet and I won’t. Wrong order? I’ll eat it. Taxi going to the wrong airport? I’ll change my flight. https://t.co/eSZDvKRaRK

She even posted a video in which her mom confirms the correct pronunciation of her last name.

In other Chrissy Teigen (TIE-gen) social media news, she’s been killing it over on Instagram as well.

After she posted a video of her husband John putting his new Emmy on a shelf with his Tony, Oscar, Grammys and more, one viewer asked Teigen what the big letter R trophy is?

Her response? “youR mom,” followed by, “Jk it’s my revolve award because I’m a loser.”