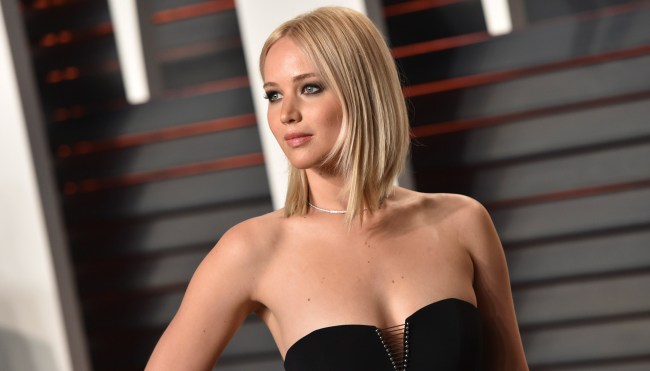 Federal prosecutors are asking for a three-year prison sentence for a former high school special education teacher in Virginia convicted of hacking celebrities and others to obtain private information including nude photographs as part of the 2014 “Celebgate” scandal, aka The Fappening.

Christopher Brannan was the fifth person charged in the scandal in which hackers stole private information from over 200 people when he was arrested last year. In October, he plead guilty to unauthorized access of a protected computer and to aggravated identity theft.

Now, with Brannan set to be sentenced on March 1st, Brian R. Hood, an assistant U.S. attorney, has recommended a prison term of 34 months, the same sentence recommendation that appears in Brannan’s plea agreement, according to the Richmond Times-Dispatch.

Brannan, reported the government, “Illegally hacked into his victims’ online accounts, invaded their privacy, and stole their personal information, including private and intimate photos and videos. This was anything but impulsive; rather, he engaged in this conduct thousands of times to gain access to hundreds of accounts over the course of 13 months.”

“His actions essentially amounted to breaking into hundreds of homes, searching through his victims’ closets and drawers, and stealing their personal belongings. The fact that the items he stole were private photographs and videos, as opposed to other tangible items, makes no difference. In many cases, these were nude and intimate photos that no one else was meant to see,” reported the prosecutor.

Hood added, “Notably, defendant either attempted to access, or successfully accessed, the account of (an underage female). He also targeted former students and teachers at the high school where he worked.”

Making matters worse, Brannan traded photographs and stolen login credentials with others. “Once he disseminated them, there was no stopping their spread and further circulation.”

Actresses Jennifer Lawrence, Mary Elizabeth Winstead, Kaley Cuoco, Kirsten Dunst, model Kate Upton, and gymnast McKayla Maroney were among the many celebrities who revealed that they were victims of the scheme.

Hood added that Brannan has expressed remorse and apologized, but “the information and nude photographs he disseminated are now forever in circulation, and each time someone else views any one of those private photographs, the victim is re-victimized all over again.”

Brannan had previously admitted using fraudulent email addresses posing as legitimate accounts to phish victims, asking them to provide their account username and password information so he could assist them with a made-up iCloud, Yahoo! or Facebook security breach. The hackers then used this information to access photos, videos, text messages, call logs, calendars, address books, and other data.

The four other men who were previously convicted in the “Celebgate” scandal received prison sentences of between six to 18 months.