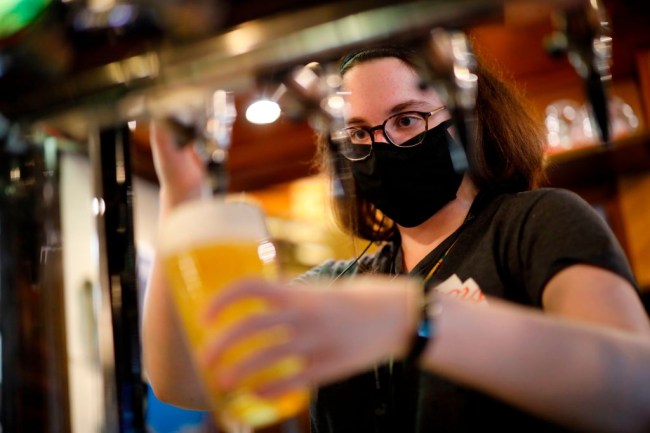 When reports about the strain of coronavirus that slowly but surely started to spread throughout China at the start of the year first began to circulate, I wasn’t too worried based on similar threats that had previously whipped the United States into a frenzy only to (thankfully) fail to live up to expectations.

With that said, I kept a fairly close eye on the news but I was still slightly skeptical when it first arrived in New York City. I remained largely unconcerned when things began to go downhill at an increasingly rapid pace but finally realized COVID-19 had stopped being polite and started getting real when bars basically just stopped being a thing in the middle of March.

Some places did what they could to adjust to the new reality by serving up cocktails and other drinks to go but the vast majority closed up shop entirely to figure out how to handle the situation. However, it hasn’t been all bad, as many of them reopened when the warm weather arrived to make technically illegal but much-needed bar crawls a thing that now exist.

The city has finally reached a point where you can post up at watering holes with outdoor spaces configured with social distancing in mind, but it seems like it’s going to take some time to reach the point that England arrived at earlier this month when customers were given the green light to drink within the confines of pubs in the country.

Of course, everyone is expected to follow the safety measures that have been instituted, and according to the BBC, one drinking establishment is giving patrons some serious incentive to keep their distance when ordering a pint with an electric “fence” it put up in front of its bar.

Meet the pub landlord in Cornwall who's installed an electric fence around the bar🍺🍷https://t.co/7UrJhEbmpy#coronavirus #cornwall #socialdistancing pic.twitter.com/KLJjTUpFFu

The strategy was the brainchild of Jonny McFadden, who runs The Star Inn and said he employed this particular line of defense to combat anyone who may come in intending to follow the rules only to forget they exist thanks to alcohol doing what alcohol does.

McFadden says most people are pretty amused by his approach with one notable exception: his wet blanket of an insurance company, which has expressed some concern about the potential dangers of someone neglecting to respect its authority.

I can only hope he’s got a camera focused on it in preparation for that moment because it’s just a viral video waiting to happen.