A 7-Hour Flight ‘To Nowhere’ Taking Off And Landing At The Same Airport Sold Out In 10 Minutes With Some Paying $2,700 For Tickets 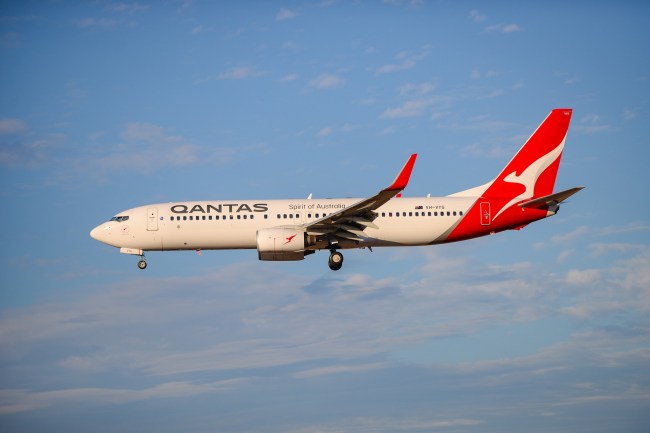 These are strange times and it has brought out some truly strange behavior in people. I’ve been guilty of this, my dudes. Birds. Travel restrictions and the lockdown has caused me to become weirdly obsessed with all the birds around my ‘hood. I live adjacent to an Audobon Bird Sanctuary and we have all sorts of rare birds around here including several flocks of wild parrots (Nanday Parakeets) and I’ve caught myself in conversation several times talking about birds and have to take a step back and remind myself that nobody wants to hear about this s**t.

I’d love to travel and see the world this year instead of getting weirdly into spotting birds. I don’t like this new life for myself. But it’s the hand I’ve been dealt so I’ll ride this out until the dust settles. What I won’t do is spend an inordinate amount of money to get on a plane to nowhere just to feel the thrill of international travel without actually leaving the country.

Qantas, the Spirit of Australia, is doing a ‘Flight to Nowhere’ on October 10th which will include low-level flyovers of scenic spots throughout Australia including the Great Barrier Reef and Uluru. Tickets for this 7-hour flight started at $575 and went up to $2,765 and the 134 available seats sold out in just 10 minutes according to the Post.

The unusual flight is scheduled to depart from Sydney on Oct. 10 and return on the same day, making absolutely no stops while promising passengers low-level scenic views over Uluru and the Great Barrier Reef, among other spots.

Buyers quickly snatched up the 134 available seats, priced between $575 and $2,765 depending on the seating class, a Qantas spokeswoman told Reuters. Passengers are set to travel on a wide-body Boeing 787, normally used for long-distance international travel.

“It’s probably the fastest selling flight in Qantas history,” the spokeswoman added. “People clearly miss travel and the experience of flying. If the demand is there, we’ll definitely look at doing more of these scenic flights while we all wait for borders to open.”

I’ve been on a plane exactly zero times in 2020. Like many of you reading this, I had all sorts of plans in the works this year. I’d planned on a few days in Napa, a few weeks in the mountains, a fishing trip in Panama, weddings, and now that my Tampa Bay Lightning are in the Stanley Cup Finals I probably would’ve flown to Dallas for at least two of those games because why not? But do I miss traveling so much I’d go sit on a flight to nowhere for 7-hours AND pay $2,750 for that? Hell no.

My biggest regret from this Summer is not shelling out the $$$$$ for an RV and hitting some National Parks out West back in June or July. The cost of renting a good RV was just astronomically high for a while and I couldn’t quite pull the trigger on that.