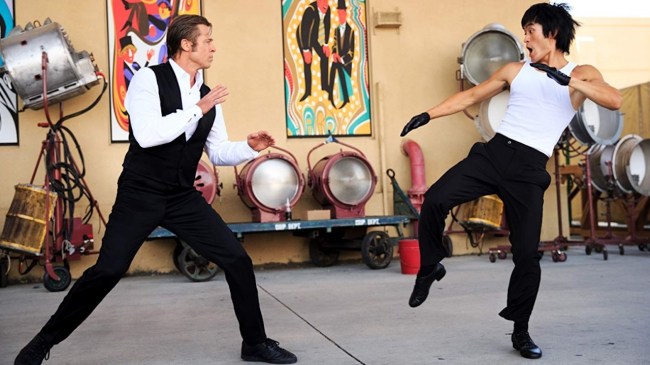 Heading into the theater to Once Upon A Time In Hollywood — a movie about Los Angeles during the time of the Sharon Tate murder — I bet you didn’t think that the most divisive scene in the film would be the one featuring… Bruce Lee getting into a brawl with Brad Pitt’s character Cliff Booth? Yeah, me neither.

WARNING: Spoilers for Once Upon A Time In Hollywood will follow.

If you’ve made it past this point, there’s no need for me to elaborately explain the intricate details of the scene since you’ve likely seen the film. But, if for some reason you haven’t, the gist of it that Brad Pitt’s character essentially kicks Bruce Lee’s ass on the lot of a movie set.

And while the Lee scene may have been a fan-favorite amongst the audience (judging by its reception, it certainly was in the theater I was in), that wasn’t the case for the Lee family, as his daughter Shannon had some serious issues with the way her father was portrayed in Once Upon A Time In Hollywood.

Speaking to The Wrap following the premiere of Once Upon A Time In Hollywood, Lee’s daughter Shannon articulated her displeasure with the film’s portrayal of the legendary martial artist, saying that her late father came across as an “asshole”:

“He comes across as an arrogant asshole who was full of hot air. And not someone who had to fight triple as hard as any of those people did to accomplish what was naturally given to so many others,” Lee began.

“I can understand all the reasoning behind what is portrayed in the movie. I understand that the two characters are antiheroes and this is sort of like a rage fantasy of what would happen… and they’re portraying a period of time that clearly had a lot of racism and exclusion,” she continued.

“I understand they want to make the Brad Pitt character this super bad-ass who could beat up Bruce Lee. But they didn’t need to treat him in the way that white Hollywood did when he was alive.”

However, Tarantino has since broken his silence on the topic, claiming that the portrayal of Bruce Lee in his ninth feature film was firmly based in reality.

Speaking during the movie’s recent Moscow press conference, Tarantino defended the decisions he made with Lee’s character, saying that he was, in fact, an arrogant guy:

“Bruce Lee was kind of an arrogant guy. The way he was talking, I didn’t just make a lot of that up. I heard him say things like that to that effect. If people are saying, ‘Well he never said he could beat up Mohammad Ali,’ well yeah he did. Alright? Not only did he say that but his wife, Linda Lee, said that in her first biography I ever read. She absolutely said that.” [IndieWire]

You know how sports commentators will occasionally refer to athletes as a “student of the game”? Tarantino is truly a student of cinema, so I’m going to have to take his word for it. That said, the Lee family has every right in the world to disagree with Tarantino’s depiction of their father if they see fit.