For Some Reason, People At Quibi Are Mad At Being Laid Off While The Company Pays Reese Witherspoon $6 Million 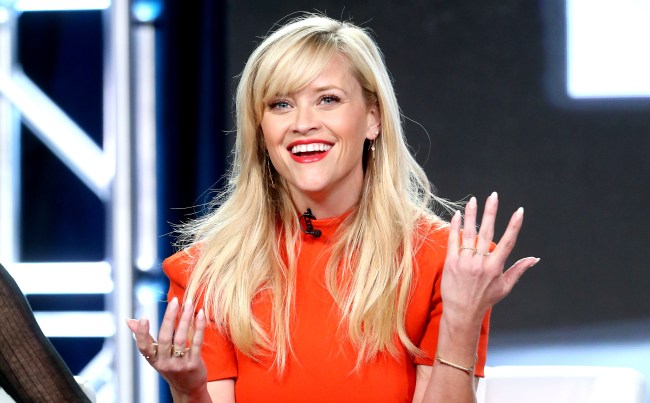 Quibi employees are steaming mad these days that while many of them are being laid off, actress Reese Witherspoon was paid $6 million to narrate a nature show on the platform.

For those of you that are unfamiliar, and based on their financials, that would be a LOT of you, Quibi is that streaming service that only has episodes of shows that are 10 minutes or less.

It’s also the company that recently signed LeBron James’ production company to a deal to produce a documentary series about the Houston Astros sign stealing scandal (which caused Alex Bregman to fire his agent).

Quibi, which launched on April 6, 2020, is also currently looking at laying off employees, as one source recently told Page Six, “Quibi may have to implement cutbacks, and people are fuming that stars like Reese [Witherspoon] got paid millions.”

Witherspoon, in case you didn’t know – and most people don’t, was paid $6 million to narrate a nature show on Quibi called Fierce Queens.

Also, Witherspoon’s husband Jim Toth just so happens to be the head of content acquisition and talent at Quibi.

So, it’s pretty easy to understand why Quibi employees would be upset that some of them could be getting laid off or having their pay cut.

Oh, on top of all that, Page Six also reports that they were told “the show, produced by the BBC’s Natural History Unit, has been one of the weakest performers on Quibi.”

The source told us that Quibi has already cut overtime for its lowest-level staffers and quietly let go of others, adding: “The mood is dark.”

It’s now fallen out of Apple’s Top 200 apps, while Sensor Tower, which measures apps’ performance, now has it at 1,007.

In May, Quibi founder Jeffrey Katzenberg told the New York Times, “I attribute everything that has gone wrong to coronavirus. Everything.”

The former head of Walt Disney Studios and a founder of DreamWorks SKG had hoped that the service would be consumed by people in situations like when they are commuting or waiting in line. The coronavirus put a halt to that right when the app was released.

“My hope, my belief was that there would still be many in-between moments while sheltering in place,” said Katzenberg. “There are still those moments, but it’s not the same. It’s out of sync.”

With most Quibi subscribers nearing the end of their free 90-day trials, perhaps the company should have made wiser business decisions that paying Reese Witherspoon $6 million to narrate a nature show. Not even Sir David Attenborough gets that much to narrate Planet Earth and people actually watch that.

Then again, Attenborough’s spouse isn’t a top executive at the BBC.