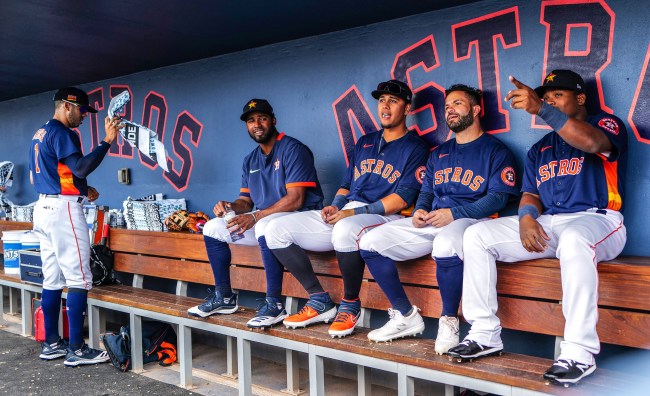 LeBron James and Maverick Carter’s Uninterrupted sports media company has announced that is planning to produce a documentary series about the Houston Astros sign stealing scandal that will air on streaming service Quibi.

The docuseries, to be called Sign Language, will also be produced by The Cinemart, the company behind the Hulu documentary Fyre Fraud about the scandal-ridden Fyre Festival in the Bahamas.

“The documentary will transcend the baseball diamond to explore larger themes of greed, cheating, corruption, sportsmanship and social media activism,” Quibi stated in a press release.

“Sign Language will be the definitive documentary about the scandal that rocked America’s pastime.”

The docu uses the Uninterrupted podcast R2C2 with CC Sabathia and Ryan Ruocco and access to top athletes and sports reporters to go beyond the baseball diamond to explore themes of greed, cheating, corruption, sportsmanship, and social media activism.

Previously, Slate’s podcast Slow Burn had announced that it too was planning on producing a season about the Astros’ scandal and perhaps have it adapted into a scripted series, according to The Hollywood Reporter.

The podcast, which is set to debut this summer, will seek to reshape the public’s understanding of the story. [Sports Illustrated writer Ben] Reiter, who wrote abut the Astros for an SI cover story and in his book, Astroball: The New Way to Win It All, will look at the strategies and culture — sign-stealing and all — that lifted the team from baseball’s worst club to World Series champions in just a few years.

No premiere date has yet to be announced for either series.