Former Houston Astros Pitcher: ‘A Lot Of The Guys On That Team’ Are ‘Wishing We Had Been Brave’ 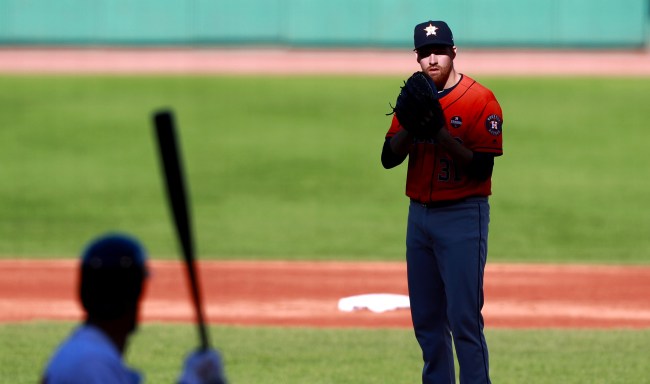 On Friday, Collin McHugh joined Mike Fiers and Ken Giles as former Houston Astros pitchers who now say they regret not doing something about the team’s illegal sign-stealing during its 2017 World Series championship run.

While not going so far as to offer giving his World Series ring back like Fiers and Giles have done, McHugh, now a member of the Boston Red Sox after signing a one-year deal on Thursday (who have their own sign-stealing issues still to settle with MLB), McHugh did still have a lot to say.

McHugh, who pitched for the Astros from 2014 through 2019 and in eight post-season games including one in the 2017 World Series, added, “To put myself in the shoes of the guys who pitched against us in 2017 and to know that our hitters made that job that much harder that year — it’s hard to swallow. And I feel for them and I understand the anger and I understand when people are mad and pissed off. I get it. I’ve been there. I know what it feels like to be out there and feel like a team has your signs. It’s a lonely place.”

McHugh, who says he’s been thinking about the Astros scandal a lot lately, claims “we truly believed — or we were made to believe — that it was happening to us, too.”

That being said, he doesn’t excuse himself or the other pitchers on the team.

“Maybe we could’ve gotten together and somehow tried to stop it. Yeah, it was tough watching that,” he said. “You feel for guys out there who are working their tails off, whether they’re on your team or against you. I love seeing good pitching and it took some really good pitching that year to beat us.”