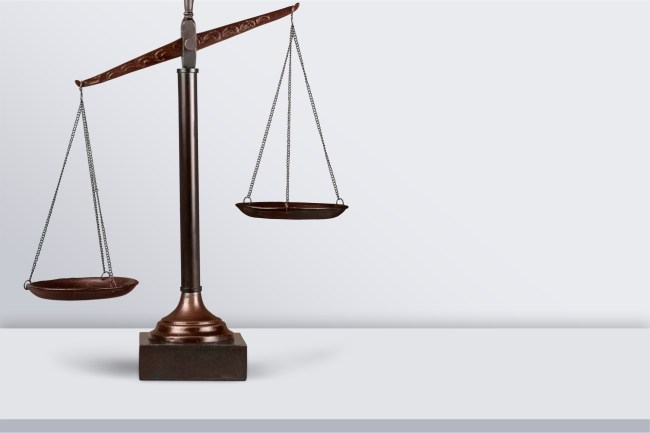 Hawaii MMA fighter Arnold Berdon should have left the courtroom on Thursday and immediately went to buy a lottery ticket, because this dipshit is the luckiest dude on the planet.

Berdon was sentenced to a cushy four years probation after pleading no contest to a second-degree charge of assaulting his now estranged wife, UFC fighter Rachael Ostovich, a charge that was reduced from second-degree attempted murder.

Deputy Honolulu Prosecuting Attorney Robert Rawson had asked for five years in prison following a volatile incident in November when Ostovich alleged that Berdon punched her in the head, face and ribs, fracturing her orbital bone and causing her to cough up blood and throw up multiple times. Ostovich was able to escape by jumping over a balcony and going to her sister-in-law’s house.

The brutal assault was in part recorded by a bystander and played for the courtroom.

“This wasn’t a single act, it wasn’t a single punch,” Rawson said. “This was a sustained brutal assault. For nearly 10 minutes, the defendant assaulted the victim while she begged for him to stop.”

Ostovich was forced to pull out of her fight with Paige VanZant scheduled for January 2019 to recover from her injuries.

Berdon listened to the audio the bystander recorded and was “deeply troubled by what he heard,” according to his defense attorney, Myles Breiner.

“Granted, they both had been drinking that night, but it doesn’t change the fact that, although both of them are professional mixed martial arts fighters and intoxicated, the fact that it rose to the level that his wife had to jump off the balcony … to run for safety, still troubles Arnold,” Breiner said. “He thinks about it all the time.”

Unfortunately, he won’t have to do any thinking behind bars.