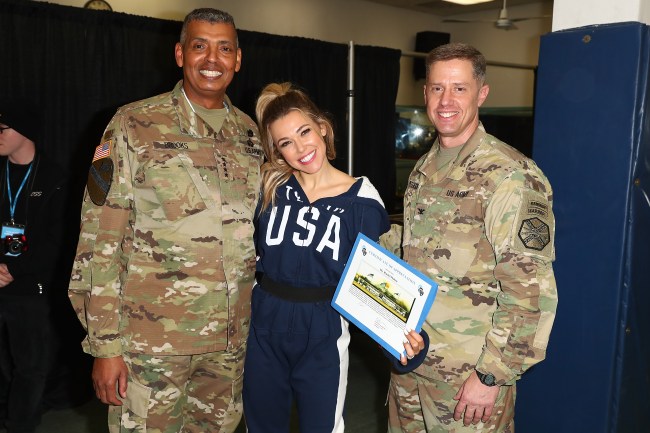 80 words. 80 words make up America’s Star Spangled Banner. With the exception of  “o’e,” “ramparts,” and “gallantly,” I know what every one of them mean. And I only needed to Google how to spell two of them. 50 gold stars for me! The anthem has been sung millions of times, many of those in front of thousands of people. There have been so many botch jobs–Roseanne, Fergie, Carl Lewis, Fergie, to name a few.

But, there’s a difference between botching it and totally forgetting the words to it. One is only as disrespectful as pissing on our founding fathers graves and the other is the equivalent to digging them up, slapping them in the face, and then re-burying them.

During Saturday’s National Women’s Soccer League game between the Utah Royals and the Chicago Red Stars in Salt Lake City, Platten embarrassed herself in front of thousands of people when she blanked on the lyrics to the anthem right off the bat and eventually got so hopeless that she asked what the next lyric was.

Warning: this shit is cringe-worthy.

Here’s another angle for your sick enjoyment.

It should be noted that Platten has previously sang the National Anthem at the MLB All-Star game and World Series, to a warm reception. Saturday just wasn’t her day I guess.