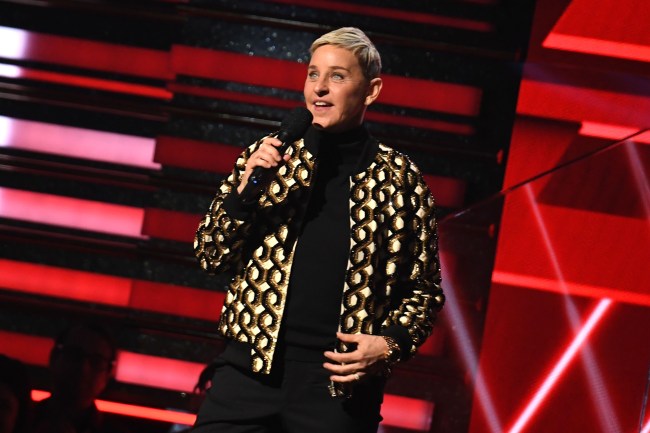 Introducing Neil Breen, the biggest bitch in the world. Come at me Neil, you pouchless kangaroo, you airplane food entrée, you snake-venom-antidote-carrying human participant trophy. The likable Neils of the world started, and ended, with Neil Armstrong. Well, maybe Patrick Harris… Degrasse Tyson has his moments… Neil Young, if you’re in the mood… but THAT’S IT. Listen to this wet sandwich whine about his fragility:

NY Post– “[Ellen DeGeneres’] producers called us aside … and said, ‘Now, Neil, no one is to talk to Ellen. You don’t talk to her, you don’t approach her, you don’t look at her,’” Neil Breen said this week on radio station 4BC, where he’s now a host.

He also said her team controlled how the interview would be conducted, from lighting to seating. Breen said he couldn’t tell what type of person DeGeneres was, as he “never got to talk to her.”

“I have no idea whether she’s a nice person or not, I wouldn’t have a clue,” he added. “But I can tell you the people who worked with her walked on eggshells the whole time, and the whole thing was totally bizarre.

Oh yeah Neil? It’s bizarre that a star entertainer’s team would want to optimize her lighting and seat her in a good spot? Boy, that’s one small brain for man, one giant moron for a radio show. You say bizarre, the rest of us say “professional.”

Neil was a producer when Ellen came in for the interview. She’s there to talk to the radio host. He’s now a host himself. Congrats on your promotion. Now that you’re in the chair, you’ve earned the right to talk with yours guests. Before, you had the right to change audio levels, ask for mic tests, or do whatever the hell you did.

I can’t speak for Ellen, but I can venture a guess as to why she might try to limit her exposure to everyone else at the radio show. Here’s what happens: a star comes in and is warm and welcoming to everyone. Everyone takes that as an invitation to ask the star for a picture. The star is then forced to take 40 different pictures with different combinations of producers, assistants, and their daughters who just happen to be there on “bring your daughter to work day.” This takes an extra twenty minutes that were not baked in to the star’s schedule. Now, she’s late for her next appearance across town. Which means she doesn’t get time to eat lunch. Which means this day of 40 back-to-back-to-back interviews is going to be the longest, most draining, most miserable day of her life.

And it happens ten times a year.

When you’re Ellen’s producer, your job is to make her look good, feel comfortable, and maximize the potential for her to crush her appearances. If minimizing her interactions with non-essential people helps ensure that goal, whelp, it’s a necessary evil.

I hosted a radio show for two years. We had some big guests. Typically, some handler/publicist would tell us beforehand “don’t bring this up, don’t ask about that, he wants a room-temp Dasani bottle.” The terrible water choice aside, we were PREPPED. Why? Because these guests were doing us a favor. Unless you’re Howard Stern, or unless the guest is a complete nobody, the radio show isn’t providing an equal favor back to the guest. As such, we abided by whatever we were told beforehand because we were grateful to have them.

One time, we had Ludacris on the show. Now, if Ludacris’ publicist had told our producer not to look at him, he wouldn’t have looked at him. He might have been a little butt-hurt about it but he would never have whined to the New York Post because he was a fucking PROFESSIONAL. Unlike Neil Breen, who is a huge bitch.

Some guests ask for a bottle of water. Some ask for you not to talk about purple foods. Some ask that your producer not look at them. Is that too much for your fragile ego to handle, Neil? She’s not there to make pleasantries. Grow a pair of balls, mate. You bring shame upon Australia. Steve Irwin is rolling over in his grave.

I can’t stand the phenomenon of piling-on. Right now, these petulant gnats think that Ellen is vulnerable because of the recent coverage of her workplace environment. So they come from far and wide, from lands beyond the horizon, to dump their stories at the internet’s doorstep. They simply want to participate in the takedown, but if you actually analyze their words, they’re all some version of “One time, Ellen didn’t look at me either!” And this is exactly how incels are made.

Back off, Neil. You’re out of your element.