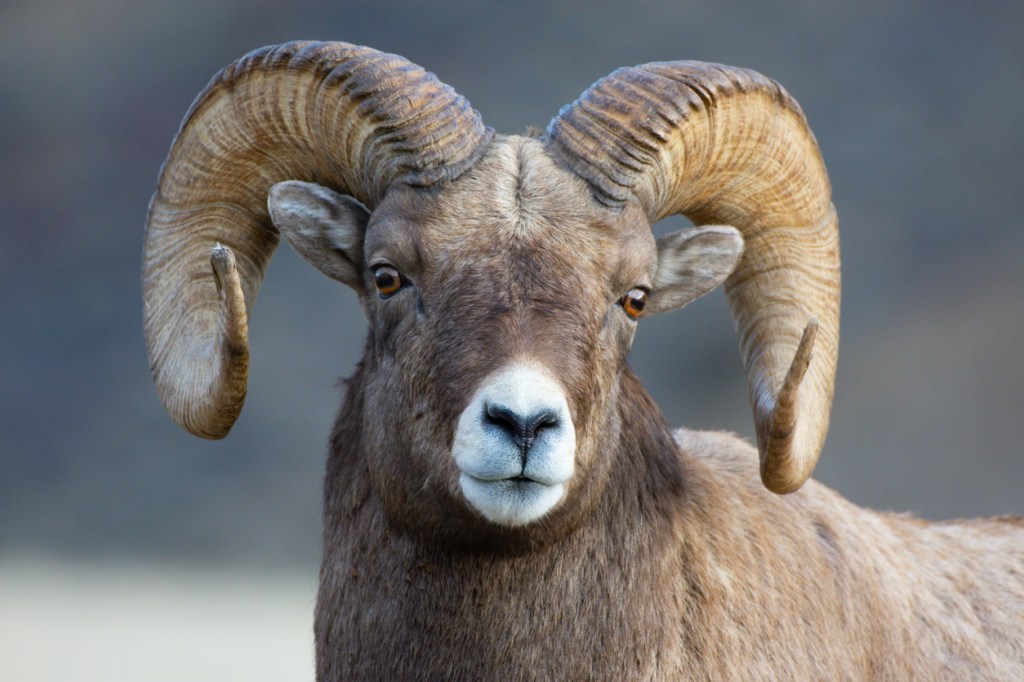 Nature is crazy. One minute a huge mountain lion is trying to get into your house and having a staring contest with your dog and the next minute two alpha male Rocky Mountain Bighorn Sheep rams are smashing their heads together in a show of dominance that’s so powerful it sounds like a gunshot.

I’ve never witnessed rams butting heads in person but I’ve seen enough footage over the years to be thankful I wasn’t born a ram. They can be seen butting heads with such force it sends a reverberating soundwave throughout the valley as if a hunter fired a rifle.

One key element to this show of dominance is neither ram can show weakness or they lose. It’s a lot like me at the beer pong table when I’m about to get beaten without a rerack and might have to take a naked lap around the house.

The horns of these rams have a bony center that’s wrapped in keratin, the same substance found in human hair. It has some shock-absorbent protection but these rams still definitely feel that impact. How could they not?

The caption of that Instagram post also explains a natural protection these rams have against brain damage:

“There is also something called the bubble-wrap effect: a mechanism within the skull of the ram that slows down the release of blood back into the body. This results in a higher concentration of blood around the brain, which helps prevent it from rattling around inside the skull and becoming bruised on impact.”

Tony Bynum aka @huntphotos on Instagram is the man who filmed this footage and he has a truly sunning feed of images from Montana if you’re into that sort of thing.

Turn the volume on for this one if you’ve never heard the call of an elk:

Here are some more stunning images from his feed:

It seems very deliberate that the state of Montana doesn’t ever have any cheap flights from the east coast. Almost as if they’re doing their best at all times to ensure that the entire Eastern Seaboard doesn’t discover how gorgeous life is out there…