Ranking The Top 5 Cereals Of All Time 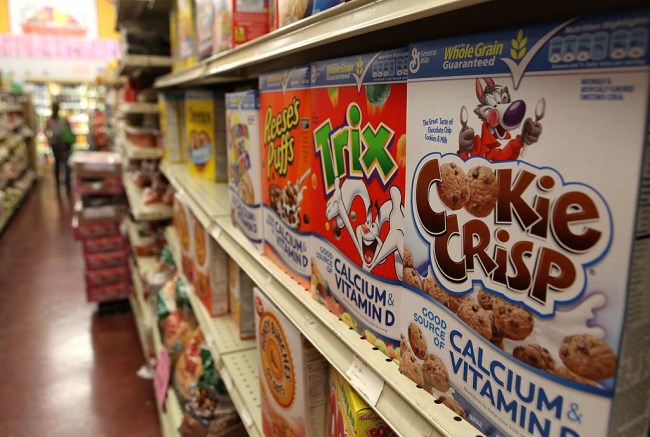 With everyone locked up in their homes for the next couple of months there is nothing more valuable than a good box of cereal. Toilet paper, Water, and bread come and go, but a good box of cereal stays in your heart forever. I think it’s time someone faces the music and takes on the near impossible task of ranking the all time 5 best cereals. Here goes nothing,

Totally fucking with you, I just wanted to make sure you are still reading.

The Captain has held the cereal throne for years now in my book. Like your favorite drug, you just keep coming back for more. I’ve been committed to The Cap as soon as my mom cleared me to graduate from baby food in 1996.

Remember, we are ranking the best, not the healthiest. Better than a good cup of coffee in the morning a bowl of Reese’s is tough to resist. A consistent cereal that has always stuck true to its roots and never felt the need to make another knock off cereal to keep people entertained. Reese’s knows the product they deliver and stick with the ‘If it ain’t broke, don’t fix it’ mentality. I respect that.

That little Irish bastard gets me every single time in aisle six of the grocery store. A taste of your childhood that you refuse to let go. Please don’t be the guy that just buys the cereal to separate the marshmallows. Respect the brand, respect the cereal, Lucky Charms has earned our trust and deserves more than that.

Everybody loves bunnies or rabbits. You can’t not like that animal. In 27 years of life, I am yet to have a bad batch of Trix. Also, Trix is a forgiving cereal that is actually pretty good when stale. If you happen to make the mistake of leaving a Trix box open overnight, it can bail you out and still give you that good quality cereal taste. DO NOT sleep on Trix yogurt either, gotta be able to respect a versatile brand like that.

It won’t be the best first bite you have ever had, but Frosted Flakes is a second half cereal that tends to thrive on the bottom half of the bowl. It’s a very rare cereal that gets better and better when drenched under milk. Frosted Flakes has even made your least favorite skim milk taste like heaven when it’s time to go head to head with the remaining liquid of the cereal bowl. That is when the battle is really won, in the trenches.