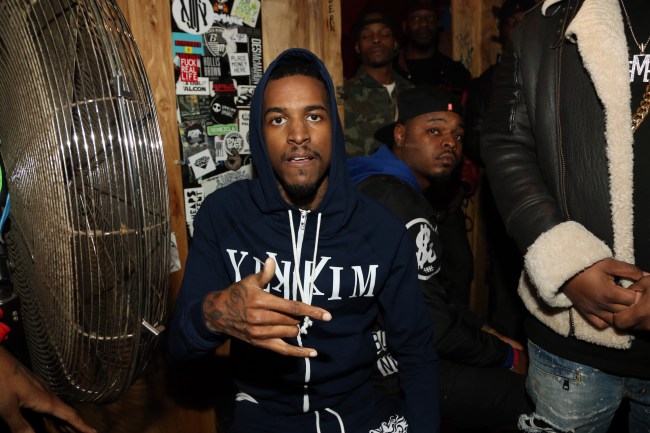 According to a report by CWB Chicago, Reese, whose real name is Tavarez Taylor, was among three shot and the condition of the men is currently unknown.

Chicago rapper Lil Reese is among 3 men who were shot this morning inside a River North parking garage, according to multiple sources.https://t.co/zHSJrGEdN6

Three men, including a well-known rapper, were shot Saturday morning inside a River North parking garage, according to Chicago police and multiple sources.

Police responded to calls of shots fired at a parking garage at 6 West Grand around 9:53 a.m. and found three victims with gunshot wounds, a CPD report said. A stolen Dodge Durango peppered with bullet holes was found crashed at the scene. Video posted to Twitter shows officers arriving at the scene and detaining a man:

According to multiple sources, one of the shooting victims is Tavares Taylor, a 28-year-old rapper who’s known as “Lil Reese.” The other two victims are a 20-year-old man and a 27-year-old man. All three men were taken to hospitals, but their conditions were not immediately available.

This is the second time Lil Reese has been shot in the past two years. Back in November 2019, Reese was shot in the neck in the Country Club Hills area.

Update: Lil Reese was reportedly grazed in the eye but injuries are currently not believed to be life-threatening.

On the police side of things … Chicago PD has yet to name the victims, but they do say that of the three people who were shot, two of them suffered superficial gunshot wounds — a 20-year-old in the knee, and a 28-year-old grazed in the eye — and are listed as being in fair to good condition. The third victim — a 27-year-old — was shot multiple times in the body and is said to be in critical condition. The cops tell us no one is in custody at this time, and that their detectives are further investigating the incident.
Like we said, Reese is 28 … so he appears to be one of the two who’s gonna make it.
TMZ has confirmed that the 28-year-old gunshot victim — who was grazed in the eye — is, in fact, Lil Reese.