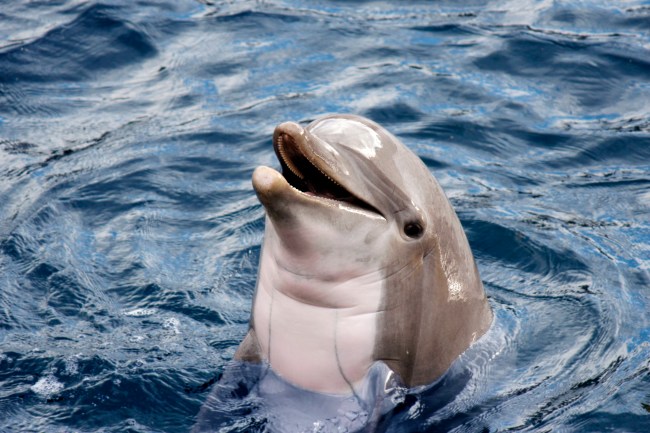 They may also be the most charismatic underwater animal, and this video that is going viral proves just that. Boaters aboard a whale watch in California’s Monterey Bay on Tuesday were treated to an acrobatics show that would make Cirque Du Soleil performers look like cinderblocks. A dolphin busted out at least 20 backflips while swimming at high speed, much to the delight of passengers on the Sea Wolf II.

Nancy Black, owner of the company and captain of the Sea Wolf II, told For the Win that the vessel was in close proximity to around 2,000 Pacific white-sided dolphins when one of them decided top put on a show.

Alisa Schulman-Janiger, a researcher who on board, claims that Pacific white-sided dolphins are the only dolphin species in the Northern Hemisphere with dope ass backflipping abilities. She added:

“They were all over the place, chasing fish, swimming alongside the boat, bow-riding and surfing our wake…. and in the periphery one of them started flipping out, literally.”

Unless there are any other submissions, I think it’s safe to say dolphins are the greatest sea animal.

Oh wait, this just in…

SO COOL, GO JUNO! A "furry foe" is ready to do battle on the basketball court! Check out this sea otter's moves! https://t.co/X573SM8tXD pic.twitter.com/cTHzSMemzR