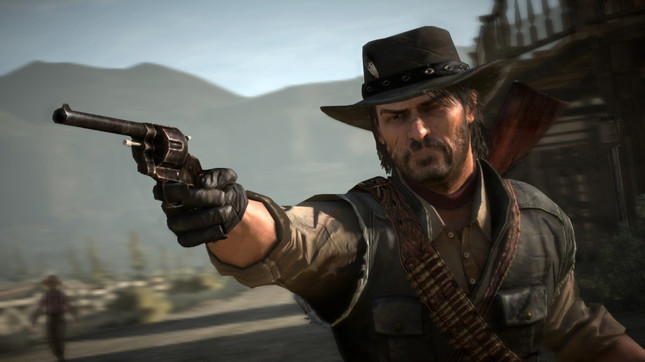 After waiting years and multiple delays, Red Dead Redemption 2 debuted on Friday and it did not disappoint in the least. Many people are already calling RDR2 the 2018 Game of the Year despite only playing for a few days. Gamers are stocked about Red Dead Redemption 2 and are sharing their first impressions of the magnificent video game by Rockstar Games.

Red Dead Redemption is cool because you can ride to town to sell a rat pelt for $1.10 so you can afford horse food but you accidentally bump into a farmer and cause a 17 minute long shootout with 30 cowboy cops and now you can’t go back to that town unless you pay a $243 bounty.

Many people quickly noticed that horses are hazardous to your health. Even if you accidentally punch them in their horse face, your horse may kill you in retaliation with a mighty kick.

I accidentally punched my horse.#RDR2 is a 13/10 game. ✌️ pic.twitter.com/EnemMrO6rx

The horses are sick of your s–t 🤣 pic.twitter.com/GDmh6Qdl4d

Even a jackass can kick you to another dimension.

But you can also do this with your horse.

But it’s not just horses that are dangerous, there are beastly bears ready to rip your limbs off.

This was absolutely terrifying… #RDR2 pic.twitter.com/ovWZX5kOJM

There are also alligators ready to chomp your leg off.

Holy S**t!! I Wanted to see how close I could get to the Alligator. #RDR2 #Rockstar #RedDead2 #PS4share pic.twitter.com/400imf9MvB

But it isn’t all about murdering animals and being murdered by animals. You can also draw penises in the snow.

To the tech artist who worked multiple late nights on the snow deformation technology, know that you've brought much joy to the world. pic.twitter.com/UwH8sJuGLv

But the #1 thing that people enjoy doing in RDR2 is… petting dogs! That’s right, you can befriend a good boy and make their tails wag like crazy by petting their friendly faces.

Yes, I have pet every dog I've seen. No, I wont stop. #RDR2 pic.twitter.com/o2JWUrCyV3

#RDR2 I pet every dog I see. pic.twitter.com/YnQ0ykHXZ1

I shall make it my mission to pet all the dogs #rdr2 #PS4sharehttps://t.co/XrKdgIPMmH pic.twitter.com/BAUJXvNpfd

Make sure not to step in the dog shit.

Dogs go poop. This game has everything .#RDR2 #PS4share pic.twitter.com/3ssrK4r0VR

Just make sure your new canine friend doesn’t get too close to the railroad tracks to become dog pizza.

Here are eight things to do first in Red Dead Redemption 2.