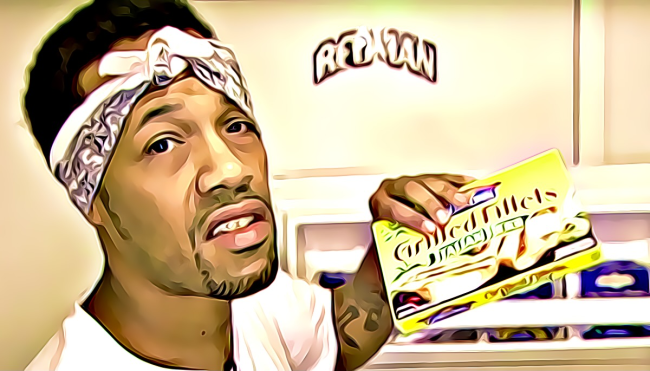 Around the turn of the millennium, shows like The Sopranos and The Wire helped usher in the Golden Era of Television that arguably came to a close when Game of Thrones ended not with a bang but with a big, wet shart.

However, the arrival of the 2000s also marked the start of the meteoric rise of another type of show that largely served as the antithesis of the prestige programs that would soon take the world by storm: reality television.

In 1992, MTV found itself with a smash hit on its hands courtesy of The Real World after harnessing the “throw a bunch of strangers into a confined space and let human nature do its thing” formula that countless imitators would eventually use as a springboard. However, it would take almost a decade for other networks to realize the potential of a format capable of reaping absurd ratings at a fraction of the price of a scripted show.

On May 31, 2000, CBS dropped the reality television equivalent of an atomic bomb when it aired the first episode of Survivor. The program was an overnight sensation and sent a shockwave through an industry that scrambled to replicate its success by milking interpersonal drama and human emotion for every single penny they were worth.

This rush for ratings gold would soon devolve into a race to the bottom thanks to the exploitative ringmasters behind the modern-day freakshows produced by the likes of TLC that allowed the public to gawk at societal misfits and derive entertainment from the misfortune of others without ever having to leave their couch.

At the risk of playing armchair psychologist, I’d argue the success of shows chronicling the lives of teen moms, conjoined twins, and the morbidly obese stems from people who use the unknowable struggles that define the lives of the subjects at the center of them to feel better about their own. However, there were plenty of others that took a diametrically opposite approach with just as much success by scratching the aspirational itch of viewers who relied on reality television to live vicariously through the rich and famous.

Just a few weeks after the first season of Survivor came to an end, we were introduced to the spiritual successor to Robin Leach’s Lifestyles of the Rich and Famous in the form of MTV Cribs. The show would eventually spawn over 100 episodes that provided viewers with a look at the glamorous homes of the close to 200 celebrities who opened the doors of their lavish pads to broadcast their lives of luxury to the masses.

I recently found myself stumbling down a Cribs rabbit hole on YouTube after realizing I couldn’t get enough of the old episodes that essentially serve as time capsules filled with reminders of a bygone era where Chingy was someone people cared about and having a plasma television on your wall was the ultimate flex.

The success of Cribs largely hinged on its ability to give ordinary people a glimpse into a lifestyle most of us will never obtain. However, there is one major exception to that rule courtesy of the one person who was ironically responsible for the show’s most iconic segment: Redman.

In 2001, the Wu-Tang affiliate invited the Cribs crew to make the trek to Shaolin to take a peek inside his pad in Staten Island, and to this day, his tour of the two-bedroom home dubbed “De La Casa” remains one of the best things to ever hit the airwaves.

I would argue that this clip rivals the robbery scene from the first season of True Detective as the best six minutes of television ever created, but if you somehow need me to explain why it’s so legendary, here’s a quick breakdown.

What really makes Redman’s appearance on Cribs so fantastic is the sheer amount of earnestness it exudes. While other rappers rented houses and cars in an attempt to gain clout, Redman eschewed artificial braggadocio for a candid and unapologetically authentic look at a humble abode he’s unabashedly proud to show off (which is located in a neighborhood he’s equally proud of not abandoning after making a name for himself).

Sure, there are plenty of winks and nods that makes it clear he knows exactly what he’s doing by subverting the format, but this wasn’t an intentional rebuke of the typical shows of excess. In an oral history of the shoot Thrillist put together in 2015, Redman said he had planned to tidy up a bit but was still asleep when the crew showed up and decided to just roll with it.

I also don’t know if you’ll ever see a purer distillation of the bachelor lifestyle he was still living at the age of 41 than this; there’s the lack of a coffee table and the fridge that disappoints you every time you open it hoping something you want to eat will magically appear, and “A lot of crap but I still know where everything is” is the most accurate description of the bachelor pad mentality you’ll ever encounter.

Cribs returned to De La Casa in 2014, and while the rapper had made some upgrades since the initial visit, it was still a refreshing change of pace compared to the homes the show usually featured.

Thanks for the memories, Redman.