A Petition To Rename Columbus, Ohio To ‘Flavortown’ Has Received Tens Of Thousands Of Signatures 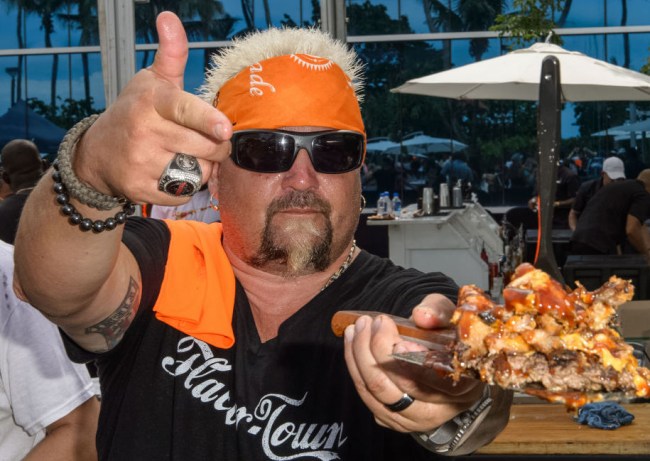 History is traditionally written by the victors, and as a result, the vast majority of information concerning major events that have transpired in North America since Columbus sailed the ocean blue has come courtesy of people of European descent, whose tendency to wage genocide on the natives they encountered and enslave those who managed to survive made it fairly difficult for those groups to have their side of the story told.

Over the past few decades, more and more people have taken a closer look at the aforementioned writings of the notable names who’ve spent centuries being praised for their contributions to the world only to realize a solid chunk of them were actually impressively awful human beings, which has resulted in a reexamination of many of the so-called “facts” that have been pounded into the heads of students for generations on end.

There’s no real use in trying to determine which historical figure should be more reviled than all of the rest based on the various atrocities they committed, but given his résumé, I think the man commonly credited with discovering the New World would be one of the top contenders.

As the general public has become increasingly familiar with the darker side of Columbus, many people have begun to question if his legacy should really be enshrined on the level that it currently is and there’s been a push to reconsider the wide variety of ways he’s currently memorialized.

Statues of the explorer have become a popular target of criticism (and vandalism) but others have set their sights on some of the places he’s lent his name to—including the capital of Ohio.

Perhaps best known for being home to THE Ohio State University, Columbus is also known for *Googles “what is Columbus, Ohio famous for”* one of the best municipal park systems in America. However, as I recently found out, it also produced a national treasure in the form of native son Guy Fieri.

Fieri is possibly one of the nicest people to ever walk the planet and an infinitely less problematic figure than Columbus, which is why I am very down with a new movement to change the name of the city he was born in to “Flavortown.”

The push stems from a petition that has garnered the support of over 25,000 signees and counting that was started by a guy named Tyler Woodbridge, who had this to say when discussing the rationale behind the proposed change:

Columbus is an amazing city, but one whose name is tarnished by the very name itself. Its namesake, Christopher Columbus, is in The Bad Place because of all his raping, slave trading, and genocide. That’s not exactly a proud legacy.

Why not rename the city Flavortown? The new name is twofold. For one, it honors Central Ohio’s proud heritage as a culinary crossroads and one of the nation’s largest test markets for the food industry. Secondly, cheflebrity Guy Fieri was born in Columbus, so naming the city in honor of him (he’s such a good dude, really) would be superior to its current nomenclature.

Sure, there’s zero chance this will actually happen but the world would be a slightly better place if it did.