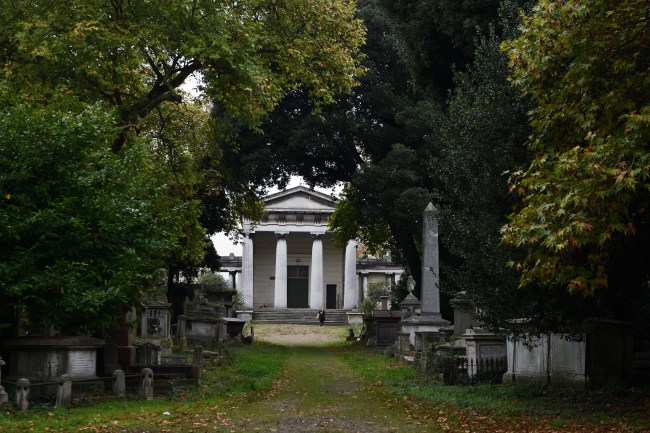 Comello, who has no mob ties, pumped six bullets into the powerful mob boss after he reportedly forbid Comello from dating his niece. It should be noted that Comello didn’t kill solely out of love, he had more than a couple screws loose. The construction worker first appeared on police radar back in February when he tried to make a citizen’s arrest on Democratic figures including New York Mayor Bill de Blasio, Pelosi and U.S. House Rep. Adam Schiff outside a federal courthouse in Manhattan.

Just showed a message or tattoo written on his hand, displayed to cameras. So far unclear what it said. pic.twitter.com/jQgtutpW2M

During an extradition hearing in Toms River, New Jersey on Monday, Comello covered his hand in messages written in blue pen. Among the messages were “MAGA Forever,” “United We Stand,” and “Patriots in charge.” These messages were consistent with Comello’s alleged erratic behavior on social media, where he advertised wacky political conspiracy theories against Democrats.

As for Mr. Cali, the 53-year-old was laid to rest in a white pillared, red-marble mausoleum on Staten Island fit for a king.

According a grave digger who spoke to the New York Post, Cali’s associates “came in with a suitcase on Saturday and paid my boss $45,000 in cash” to pay for the luxurious resting place on a notorious mob burial ground with an ocean view. Nearly three dozen white-stemmed roses were scattered in front of Cali’s crypt, which featured a white-tape label that read “FRANCESCO CALI 1965 2019.’’

A bold reporter from ABC was reportedly intimidated off the premises by one of Cali’s guys after he tried to get a scoop.

“Some guy from ABC was asking a question in the office. And [a] mob guy said, ‘Get the f–k out of here before I blow your f–king head off,’ ” the worker said, chuckling.

The altercation occurred once the mourners returned to the parking lot next to the chapel and the cemetery’s office.

No word on whether the reporters balls have dropped since shooting up into his stomach. I’ll keep you posted, though, from afar of course.