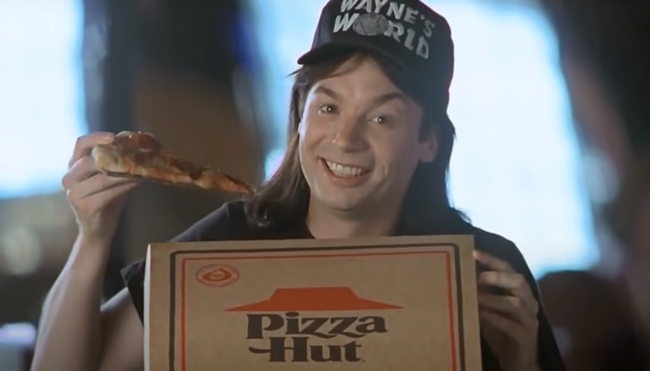 In the 1950s, a marketing expert named James Vicary tested out his theory that humans can be manipulated by hidden messages by inserting undetectable demands like “Eat Popcorn” and “Drink Coca-Cola” into a movie being shown at a theater in New Jersey. After examining the results, he claimed he had evidence that those subliminal advertisements led to an increase in the sale of those products at the concession stand.

The results of that experiment resulted in a ton of backlash thanks to people who were terrified of its implications, and the practice was eventually banned in the United States even though Vicary would eventually admit he made the entire thing up and said there was no proof the practice had any noticeable impact.

However, the same cannot be said for the infinitely more noticeable product placement that would eventually become all the rage in Hollywood.

I would argue this practice isn’t inherently bad, as I can’t really blame studios for convincing a company to pay them if they manage to incorporate the product being plugged in a fairly organic manner. For example, it’s pretty easy to believe James Bond would wear a Rolex or drive an Aston Martin, but on the flip side of the coin, hearing him order a Heineken at a bar or seeing him use a Vaio laptop to conduct his spying business is a bit harder to buy into.

However, I know there are plenty of people who use the word “cinema” too much who would probably disagree, and it’s safe to assume they’ll be less than thrilled with a new development being championed by people who took a look at old movies and thought to themselves, “You know what these need? More ads.”

According to the BBC, that was the thought process that led to the creation of companies like Mirriad, which is now able to retroactively insert products and branding into films and television shows. In addition to giving Modern Family that treatment, it’s also been working with musicians looking to make up for lost tour revenue by digitally adding products to music videos in exchange for a solid check.

If that’s not enough to make you fret about our steady march toward a dystopian future, I would like to introduce you to Ryff, which is taking things to another level with technology that uses a viewer’s interests and previous purchases to customize the “experience” by incorporating specific brands they believe would appeal to their tastes into what they’re watching.

Of course, as anyone who’s seen the John Carpenter documentary They Live knows, humans are bombarded with subliminal advertisements that dictate every single facet of our existence, so in the end, this probably isn’t a huge deal.