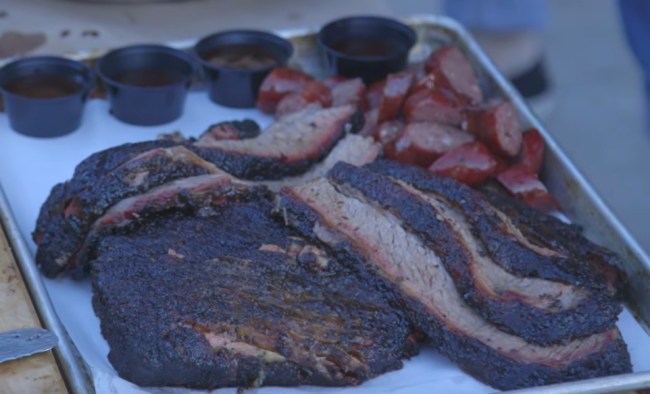 I sincerely hope I’m never in a position to tell the government what I want for my last meal but if I ever end up in that scenario I already know what I’m requesting: a tray full of BBQ. I can’t think of a better way to go out than with a stomach filled with pulled pork, brisket, and what would be an unhealthy amount of white bread if health was still a factor at that point.

A few months ago, Vice got dragged for an article claiming “Brooklyn BBQ”— a thing that isn’t really a thing— is taking over the world. In my personal experience, there are a couple spots in the borough that can hold their own against some of the best places in the country, but I’ve also found that people get way too into trying to define what “real” barbeque really is.

There are “officially” four major BBQ styles in the United States— Carolina, Memphis, Texas, and Kansas City— and people in every single region will try to tell you that their’s is the best and most authentic. However, it’s hard to know for sure unless you’ve tried them all yourself— which you might get a chance to do if you manage to land the dream job that will pay you to travel around the country to sample the best of what’s around.

On Monday, Reynolds Wrap announced they’re searching for a Chief Grilling Officer who’s willing to tour the United States for two weeks in the search of the best BBQ in the land. One lucky applicant will get an all-expenses-paid trip around the country in addition to $10,000 for their troubles, which sounds like a pretty sweet gig.

If you’re interested (and why wouldn’t you be?), all you have to do to apply is come up with an explanation in 100 words or less about why you’re the perfect fit along with a photo showcasing your skills on the grill. Once that’s set, you can shoot them over to ReynoldsCGO@gmail.com until the deadline closes on August 13th.

I’d wish you luck if all of you weren’t my competitors.