Rich Brian, Age 20, Is Being Cancelled For Tweets He Wrote When He Was TWELVE 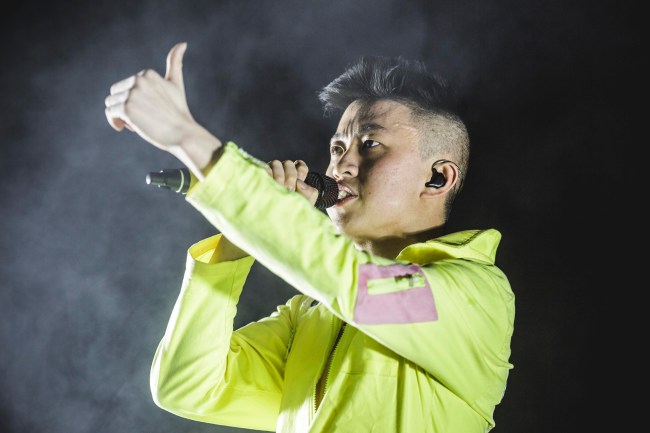 i’m going insane these people disliked rich brian’s music so much that they dug up problematic tweets pic.twitter.com/90hNLSWHcg

and for the dykes in the crowd 💆‍♀️ pic.twitter.com/CNWd75ml8J

You guys know Rich Brian? He used to go by Rich Chigga until it was time to put together his college applications. He’s a young guy who blew up on Vine and YouTube with some rap songs that I wanted to hate but honestly, they’re fun. He raps about women choking on thick cocks while wearing his fannypack. His music video for Dat $tick has 150 million views. He’s just one of those phenomenons that I’m slightly too old to understand. But I can’t hate; the kid is impressive.

Today, in the least surprising news ever, the internet police found a few tweets he wrote in 2014 that haven’t aged well. He drops a couple hard Ds, some Fs, and I think an R in there somewhere.

A few things to keep in mind: first, Brian didn’t speak English until he was like 11. It’s a bit hard to follow but according to his Wiki page, he learned English through watching rap vids on YouTube. Is it really surprising, then, that Brian tweeted this shit? If I learned to speak English through Rosetta Stone Lil Kim, there’s a strong chance people might be offended by my language. Secondly, we’re talking about a thirteen year old. Thirteen. Donte Divincenzo was fourteen when he tweeted lyrics with the N-word, and that dude grew up speaking English as his first language. I think if we can let Donte off the hook, we shouldn’t even look twice at young Brian’s history.

I had hoped that the internet sleuths that comb through decades of celebrity tweets would have taken a step back in these difficult times. Thought maybe they’d find a puzzle, hop on a zoom date, or do anything that normal people are doing to try to find happiness. Guess not. Silly me for having hope. These private investigators won’t let a worldwide health crisis stop them from ruining a 20-year-old’s life. The cancel game doesn’t sleep.