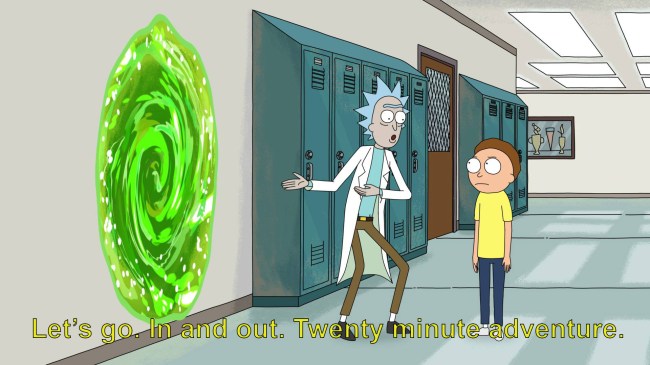 “Man Looking At Other Woman” aka “Distracted Boyfriend” meme was fun while it lasted, but the internet is fueled by memes and it is hungry for more dank memes. The latest and greatest meme comes to us from the always hilarious “Rick and Morty.” The recent “Rest and Ricklaxation” episode of “Rick and Morty” featured a cold open with Rick persuading/telling Morty to go on a fun and harmless little adventure. “Let’s go. In and out. Twenty minutes adventure,” Rick promises. Then they jump into a portal to snatch a plasma shard in the Abadango cluster. Narrator: SIX DAYS LATER. Rick and Morty are sobbing and are both totally unstable after they nearly died from aliens.

The moment from “Rick and Morty” has been turned into a beloved meme called “20 Minutes Adventure.”

There are political versions. 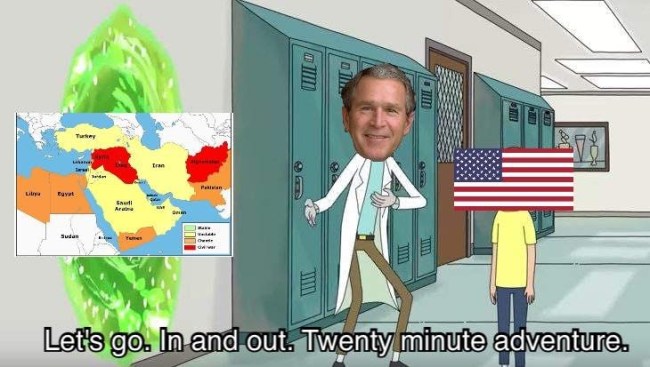 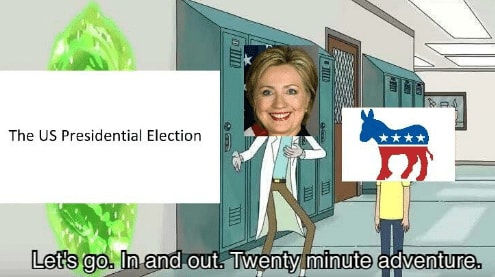 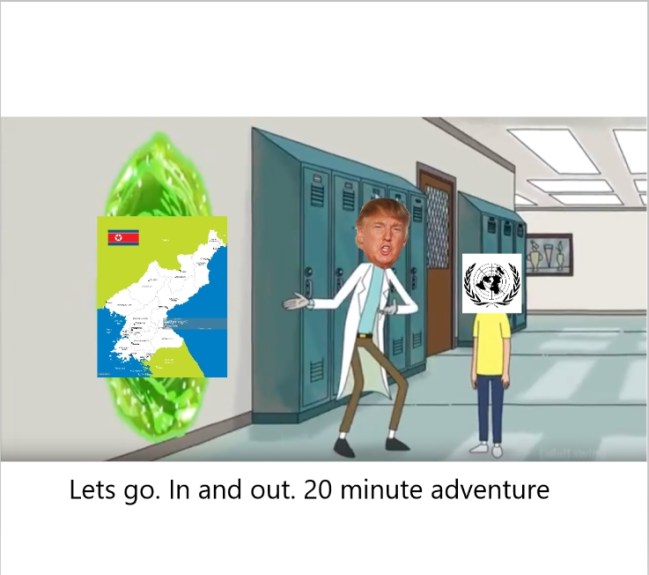 There are “Game of Thrones” versions. 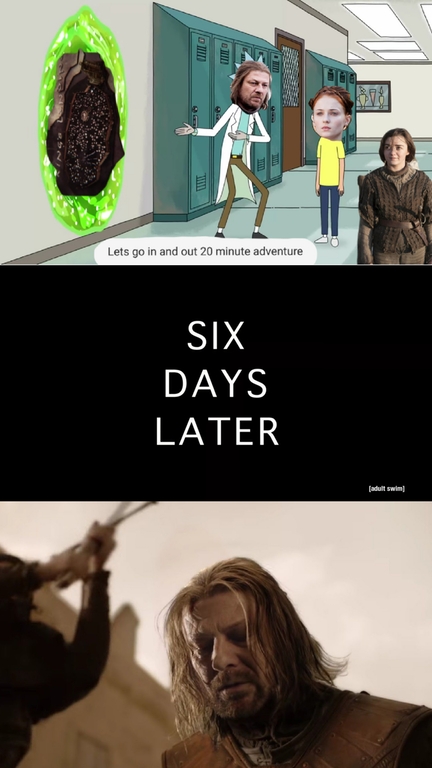 There are sex versions. 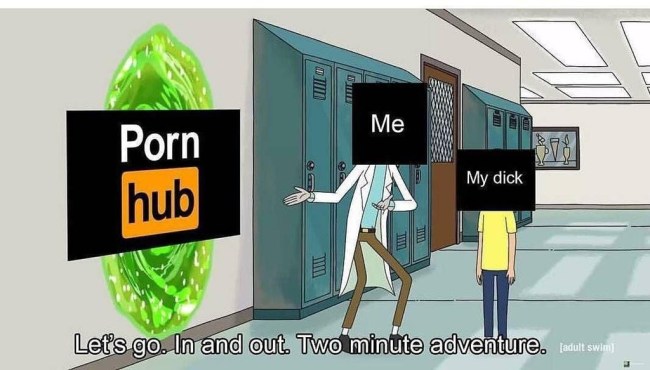 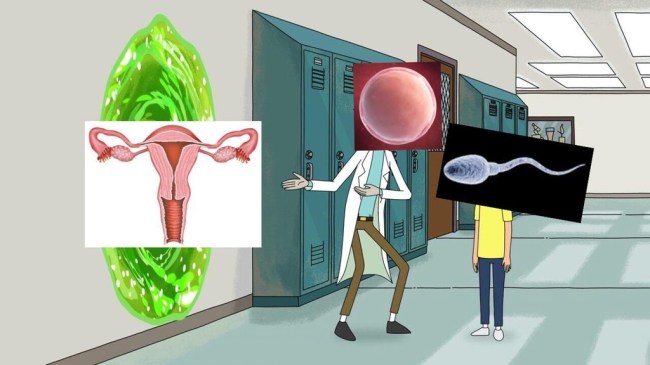 Rick was not in control of that situation at all.